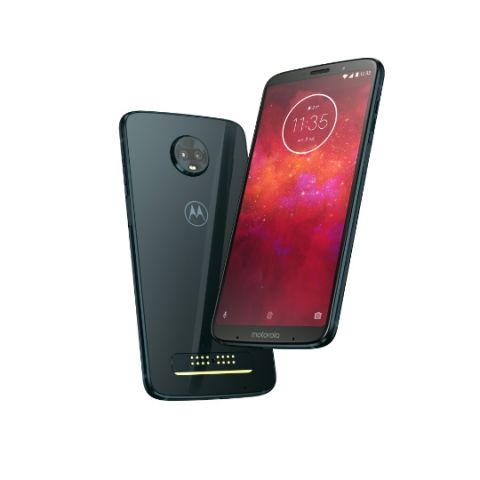 Lenovo has added another smartphone to its Z series lineup with the announcement of the Moto Z3 Play. Same as all Z series of devices, the handset features pogo pins on the rear for attaching Moto Mods. The Z3 Play comes with a few hardware and design changes but still supports all Moto mods released till now. The device’s highlights are dual rear cameras, a side mounted fingerprint scanner and an 18:9 display aspect ratio. It comes in a deep indigo colour variant and will be available with a battery mod in the US for $499 (Rs 33,500 approx). The india price and launch date of the Z3 Play is not known yet.

The Moto Z3 Play comes with an aluminium body and gets a glass back but the company has decided not to include wireless charging capabilities. The smartphone is powered by the Qualcomm Snapdragon 636 processor, coupled with 4GB RAM and options of either 32GB or 64GB of expandable storage. It features a bigger 6.01-inch Super AMOLED display with 2160 x 1080p resolution and a taller 18:9 aspect ratio. The bezels on the device are slightly thinner than its predecessor, the Moto Z2 Play. 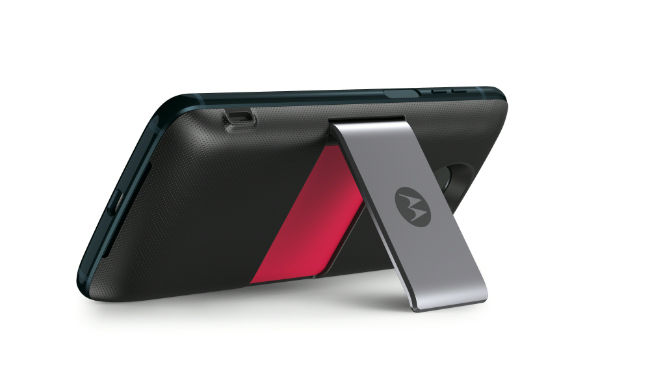 In terms of optics, the device is equipped with a dual rear camera setup  - one 12MP sensor with f/1.7 aperture and another 5MP lens with depth-sensing capabilities. On the front is an 8MP camera with f/2.0 aperture lens. The Moto Z3 Play is backed by a 3000mAh that supports fast charging and the phone features a USB Type-C port. The smartphone supports face unlock and is splash resistant as well (no IP certification mentioned by the company).

Motorola recently launched its Moto G6 and G6 Play smartphones in India. The Moto G6 features a 5.7-inch Full HD+ Max Vision display with an 18:9 aspect ratio, which is said to deliver vivid colours and details. The home button sits below the display and comes with an embedded fingerprint sensor. The G6 runs on a Qualcomm Snapdragon 450 chipset and is priced at Rs 15,999 for the 4GB RAM/64GB storage, and there’s also a 3GB RAM + 32GB storage model of the phone, which will cost you Rs 13,999.

Meanwhile, the Moto G6 Play sports a 5.7-inch display with an 18:9 display aspect ratio. It is powered by a Qualcomm Snapdragon 430 processor and will be available in a 3GB RAM/32GB storage variant for Rs 11,999. The Moto G6 Play is equipped with a 13MP camera with PDAF and an 8MP front sensor with an LED flash. You can learn more about the devices here.