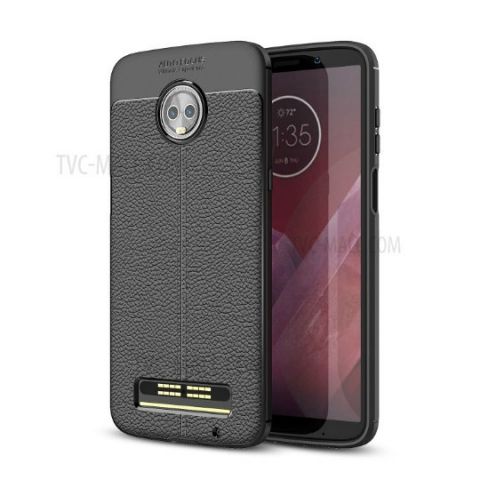 The yet to be announced Moto Z3 Play has received its certification in the US and has been spotted online on FCC’s website. The listing, first spotted by Nashville Chatter, reveals partial specifications of the Moto Z3 Play, starting with its serial number - XT-1929. Going by FCC’s website, the Moto Z3 Play could be powered by the Qualcomm Snapdragon 636 SoC and come in two configurations of 4GB RAM/32GB ROM and 6GB RAM/64GB ROM. It could feature a dual or single SIM configuration, based on the region its shipped for.

The Moto Z3 Play is said to measure 156.23 x 76.7 mm in size and feature a 6.1-inch display. If this is the case, then the upcoming Moto Flagship will support all Moto Mods till now and it also dispels rumours of the company changing the device’s body dimensions. In the camera department, the mobile phone is speculated to feature dual 12MP + 8MP sensors on the rear and come with a 5MP front-facing camera. The smartphone is rumoured to cost between $450 and $500 (around Rs 32,500, approx) and go up against the likes of the upcoming OnePlus 6 and others.

Apart from the FCC listing, images of the Moto Z3 case renders were also leaked online. The images hint at a relocated fingerprint scanner, which is now placed on the right edge of the device. The device is again seen with a dual main camera setup and a single camera at the front. The Moto Mods contacts on its rear are also wider, hinting at extended functionality. The power button has been moved to the left edge of the device due to the fingerprint sensor taking up the space where was earlier placed. There is a cutout for a USB Type-C port on the bottom of the device, along with a smaller one at the top, which could be for the noise-canceling mic as it seems tiny for a 3.5mm audio jack.

The company’s last device to be launched in India was the Moto Z2 Force, which made its way to the country about a year later after its initial release in the US. It is priced at Rs 27,999 and retains pretty much the same design as its predecessor. The smartphone is powered by the Qualcomm Snapdragon 626 platform and features a 5.5-inch Full HD display. It comes with a 12MP dual-pixel camera on the back with f/1.7 aperture lens and a 5MP front-facing camera with f/2.0 aperture lens and a dual-LED flash. It runs on Android Nougat and is backed with a 3000mAh battery.

The Moto Z2 Force comes with 4GB RAM and 64GB of internal storage, which can be further expanded up to 256GB via a microSD card. The fingerprint sensor is on the front of the device, and it also acts as a navigation key as home and back button. The standard Moto-mod connector is at the rear and the company introduced four new moto mods while showcasing the phone. JBL Soundboost 2, a Turbo Power pack which offers extra 3490mAh battery, Style shells supporting 10w wireless charging, and a Game-pad Moto Mod with a built-in 1000mAh battery. The 4G compatible smartphone comes with a USB type-C charging port, which supports USB 3.1 for faster data transfers.