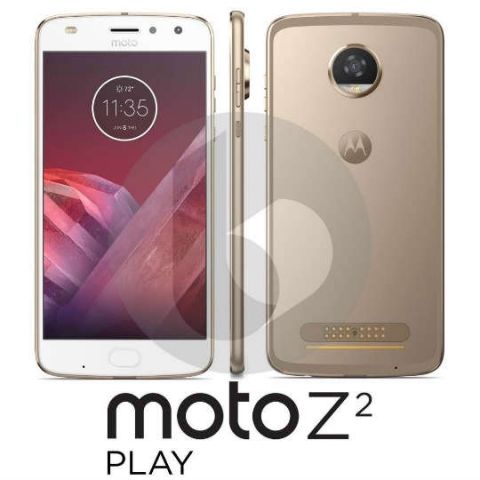 Moto Z2 Play, the successor to company's Moto Z Play, is tipped to be slimmer and pack a smaller battery than its predecessor. In a post on VentureBeat, Evan Blass notes that the Z2 Play will feature a 3000mAh battery, will be less than 7mm in thickness, and weigh around 165 grams.

The press renders of Moto Z2 Play leaked last month and hinted that the it might sport a design similar to its predecessor, and may be unveiled on June 8. The smartphone is tipped to sport same 5.5-inch display with a resolution of 1920 x 1080 pixels. The device may be powered by Qualcomm's Snapdragon 626 processor, the update to last year's power efficient Snapdragon 625 chipset. As per Blass, the Z2 Play will see an upgrade in the memory department with the handset offering 4GB RAM and 64GB of inbuilt storage.

On the camera front, Blass says Z2 Play will feature a 12-megapixel rear camera with f/1.7 aperture lens and dual-pixel autofocus. The front camera, however, is likely to be the same 5MP sensor found on original Z Play. Moto Z2 Play is said to be one of three handsets in company's refreshed Z2 lineup. The company is also likely to introduce Moto Z2 and Z2 Force alongside Z2 Play. Blass adds the Z2 Play will arrive in Lunar Grey and Fine Gold colour variants.