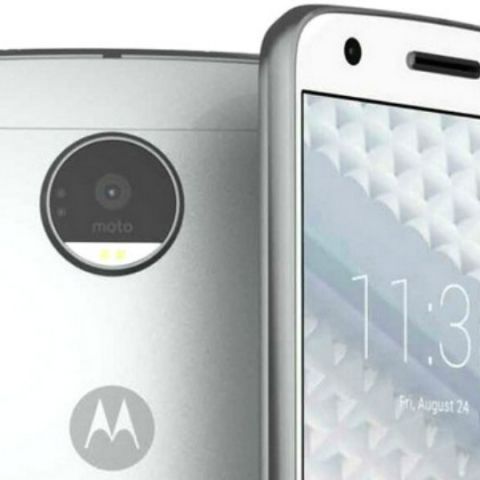 When Lenovo launched the Moto Z and Moto Z Force at Tech World 2016, what was conspicuously missing was any trace of a mid-range lineup from Moto’s stable. Back in 2015, the Moto X Style and Moto X Force held fort for Moto in the mid-range category, and naturally, more smartphones under a revamped Moto X lineup or as lower-specced variants of the Moto Z lineup were expected. Enter, Moto Z Play.

The rumoured mid-range smartphone, codenamed Motorola Vertex, has been spotted on Indian import listing portal, Zauba. A hub that has turned out surprisingly accurate in terms of smartphones due for launch soon, the Zauba listing reveals that the Moto Z Play will house a 5.5-inch display. Previous rumours have suggested that the Moto Z Play will house an AMOLED panel and present display resolution of 1080x1920 pixels. Other specifications of the Moto Z Play include a Qualcomm Snapdragon 625 SoC, 3GB of RAM, 16-megapixel primary camera and a 3500mAh battery pack. The smartphone should run on Android Marshmallow, out of the box.

While there have been no hint or confirmation from Moto regarding the launch of a smartphone any time soon, the import listing hints at a launch to be held soon. There are no cues regarding the pricing of the Moto Z Play, but considering that it may be a direct replacement to last year’s Moto X Play, we can expect it to be priced within Rs. 20,000. The Moto Z and Moto Z Force are also expected to be launched in India, but not any time in the immediate future. After unveiling the two devices at Tech World 2016, a report stated that Lenovo may take its time to bring the Moto Z to India. Initial impressions have built high expectations around the Moto Z lineup, particularly owing to the modular aspects of the smartphone.

In India, LG became the first company to bring a modular smartphone to consumers. The LG G5, however, somewhat failed to live up to the massive expectations in terms of implementation of the modular aspects. Whether the Moto Z Play would carry modular aspects around it is doubtful, but we cannot wait to see the Moto Z and Z Force in India.