Moto has finally launched the Moto X4 smartphone in India. the device will be exclusively available on Flipkart from 11:59PM today. The Moto X4 is the first device under the X-brand since the Moto X Force, which was launched over a year ago. The new smartphone sports a 5.2-inch Full HD display with Corning’s Gorilla Glass 3 protection. It is powered by Qualcomm’s Snapdragon 630 SoC. The phone is available in two variants. The 3GB/32GB variant is priced at Rs 20,999, while the 4GB/64GB variant is priced at Rs 22,999. The device is equipped with a 3000mAh battery with Moto’s TurboPower fast charging system.

At the back of the device is a dual-camera setup consisting of a 12MP and 8MP cameras. The 12MP unit sports a Dual Autofocus Pixel Sensor and a f/2.0 aperture lens. The 8MP unit features an ultra wide angle lens with a 120 degree field of view. At the front of the phone is a 16MP camera with a f/2.0 aperture lens. The phone is also capable of recognising objects, landmarks or barcodes and give the user information related that that. The Moto X4 comes preloaded with Android Nougat, and the company says that it will update the device to Oreo in early 2018. 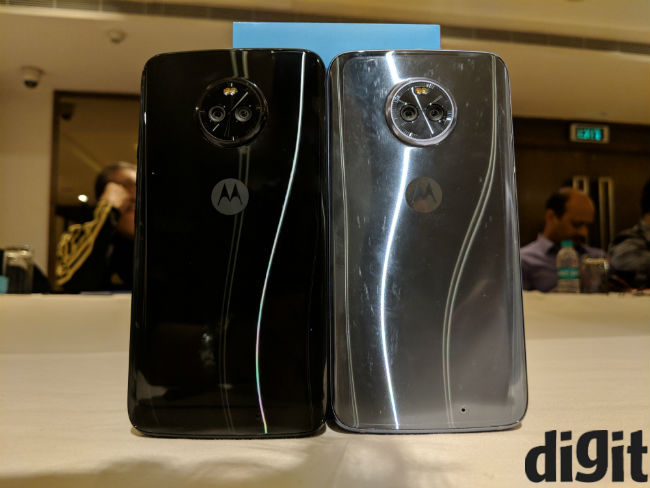 The Moto X4 also comes with Bluetooth 5.0, that allows for multiple simultaneous connections. The company claims that the phone can connect with up to four speakers at a time. Moto also says that the phone is smart enough to recognise speaker distance and balance latency, regardless of the speaker’s brand. It can also switch to stereo mode if needed. It should also be noted that while the international variant of the phone comes preloaded with Amazon’s Alexa, the AI-based assistant is not there on the India variant.