Motorola announced the Moto X Style and Moto X Play last month in an event in the U.S. However, it is not confirmed whether Motorola will launch both or only one of them in the country. 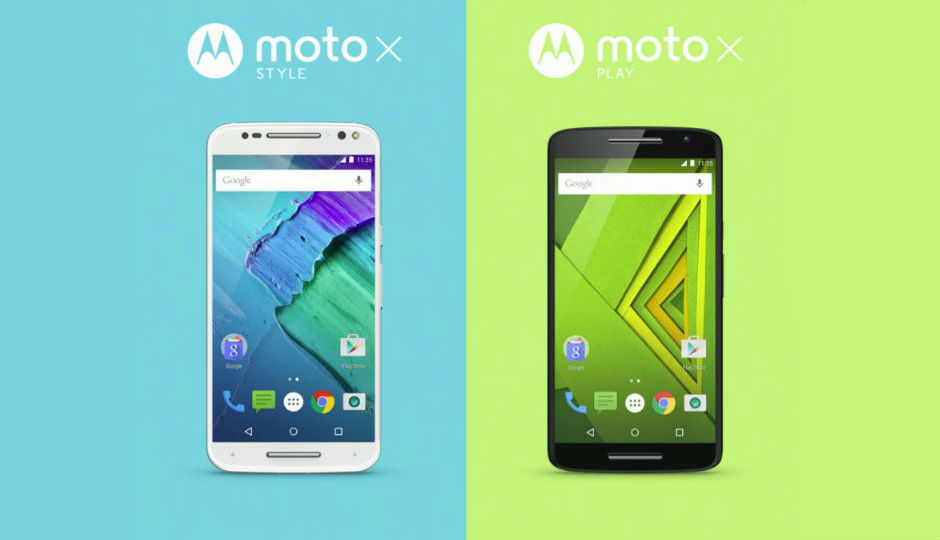 Motorola launched two variants of the Moto X last month in an event held in the U.S., namely the Moto X Style and the Moto X Play. As per new reports, the company is planning to launch these devices in India next month. According to these reports Motorola India GM, Amit Boni has revealed that the manufacturer is going to launch the smartphone in India, but hasn't confirmed which variant of the phone will be launched, so it could be either one or both of them.

On the other hand, Moto X Play is a more affordable version of Moto X series. It has 5.5-inch Full HD display, 1.7GHz octa-core Snapdragon 615 SoC, 2GB RAM, 21M/ 5MP camera, 3,630mAh battery, and runs on Android Lollipop 5.1.1. However, it is available only in 16GB and 32GB storage along with the option to expand it via a microSD card.

Besides launching Moto X variants internationally, Motorola also launched Moto G (3rd Generation) at an event in India at the same time. The device has two variants, one with 1GB RAM/8GB storage and the other with 2GB RAM/16GB storage and are priced at Rs. 11,999 and Rs. 12,999 respectively. One of the most interesting things about the device is that it offers 3 feet water resistance for up to 30 minutes. Other specs of the device are a 5-inch HD display, 1.4GHz Snapdragon 410 SoC, 13MP/5MP camera, 2470mAh battery, and Android 5.1.1. You can also check out our review of the Moto G (3rd gen).