The information was first published by Android Origin, which got screenshots of conversations with the company’s customer care. The customer care representative though mentioned that information about the Moto E wasn’t available at the moment. “For the Moto E, we do not have any information as of today,” said the executive. 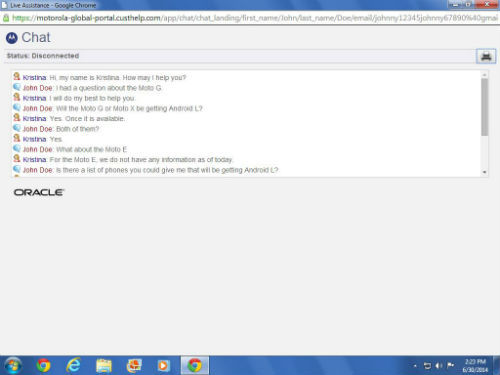 Google though has unveiled only the developer preview of Android L till now. This means that there may still be changes and the information may turn out to be incorrect. Motorola though has often promised an update to the ‘next major Android version’ for its smartphones.