The listing suggests that the Moto G6 Plus could come with AI-based features, whereas the Moto G6 Play will have a “rapid-focus” camera and a long-lasting battery. 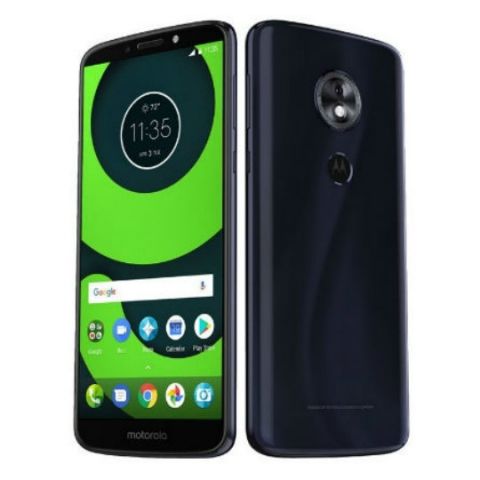 Starting with the Moto G6 Plus, the listing suggests that the smartphone could feature a 5.9-inch display and a "unique dual smart camera system that recognises landmarks and tells you more about them.", suggesting that the camera will come with AI-based features. As mentioned above, the listing was taken down but Android Police says that the Moto G6 Plus was seen in Blue and Silver colour variants. This is in line with previous reports, which suggest that the phone might come with an 18:9 display aspect ratio and 6GB RAM, coupled with 64GB of expandable storage. It is expected to launch running on Android Oreo and could be backed by a 3200mAh battery. It is also speculated to sport a fingerprint sensor on the front and come with a 3.5mm earphone jack.

As per the listing, the Moto G6 Play features a 5.7-inch edge-to-edge display, a “rapid-focus” camera, and a long-lasting battery. It is speculated to be a dual-SIM smartphone which runs on a 1.4GHz octa-core Snapdragon 430 processor, coupled with 2GB of RAM and 16GB internal storage. The device might also feature an 18:9 display aspect ratio and could launch running on Android 8.0 Oreo and be backed by a 4000mAh battery. The fingerprint sensor is on the rear for this model and it is said to come equipped with a 13MP single rear camera and an 8MP front-facing camera, with an LED flash for both the sensors. It is rumoured to be priced at $199 (Rs 13,000 approx).

The Standard Moto G6 was not listed on the Carphone Warehouse website but its specifications have been outed in a previous report. It is speculated to be powered by the Snapdragon 450 processor with 4GB of RAM and 64GB internal storage. It could feature a 5.7-inch Max Vision display with a full HD+ resolution and an 18:9 aspect ratio. The handset was previously outed in the form of renders and the Moto G6 could feature a 12MP + 5MP dual rear camera and come with a 5MP front-facing sensor. It is speculated to be priced at $249 (Rs 16,000 approx) and could be running on Android 8.0 oreo, backed by a 3000mAh battery.