The Moto G6, G6 Play, G6 Plus and the Moto E5 and E5 Plus have received certifications in Thailand and in Indonesia, suggesting that the phones may be unveiled soon. 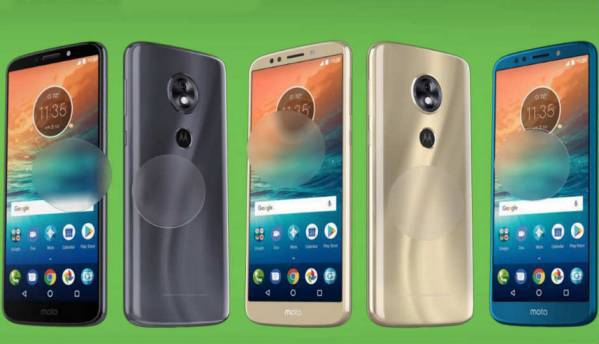 Lenovo’s upcoming G6, G6 Plus, G6 Play, E5 and E5 Plus have reportedly received their certifications in Asia. As per Nashville Chatter, the devices have passed from NBTC and TKDN, which are similar to China's TENNA, and certify phones in Thailand and Indonesia respectively. The Moto G6 series of smartphones have been spotted on NBTC with the Moto G6 sporting model number XT1925-7, Moto G6 Plus with XT1926-5 and Moto G6 Play with XT1922-1. Moto E5 Play with the serial number Moto XT1944-6 was also seen on the same website. The Moto XT1924-3, which is speculated to be the Moto E5, has been certified by TKDN in Indonesia.

With the Moto series of smartphones receiving certifications, it’s possible that teh company may unveil the devices soon. Leaks and rumours of the devices have also been making the rounds of the internet for quite a while. The report by Nashville Chatter doesn't reveal much about the Moto G6 Plus, except that it might be powered by Snapdragon's 630 SoC with 4GB RAM and could be backed by a 3250mAh battery. This is in line with a previous leak of the smartphone where its renders were outed.

The company seems to have gone near bezel-less with the smartphone, as hinted by the earlier renders. It is tipped to sport a metallic build with a curved glass back, and is seen featuring a dual-rear camera setup, which is similar to the one seen on the Moto X4. Nashville Chatter's report also states that the G6 Plus might be powered by the Qualcomm Snapdragon 630 SoC. It is tipped to sport a 5.7-inch Full HD+ display with 2160 x 1080p resolution, pack a 3250mAh battery and will most likely launch with Android 8.0 Oreo. The renders tip at soft navigation keys and a front-facing fingerprint scanner, even though the smartphone comes with an 18:9 display aspect ratio.

Noted tipster Evan Blass had also recently posted a leaked render of the Moto E5 Plus. The smartphone can be seen with a taller 18:9 display aspect ratio and its rear panel and the camera modules are clearly inspired by the Moto X4. The rear camera comes with two cut-outs for lenses, however, Blass said that one of them doesn’t house a lens after some media publications mistook it for a dual camera setup.