The smartphone is seen with a Moto X4-like rear camera module and it could be powered by the Snapdragon 626 SoC. 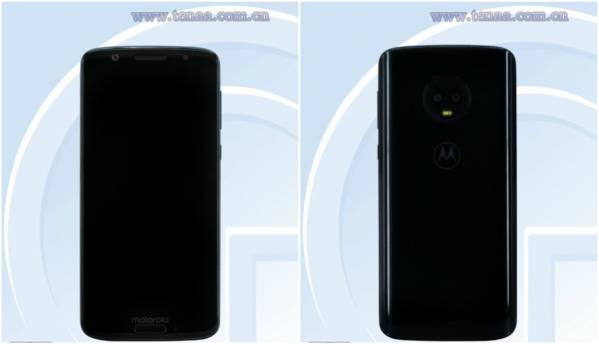 Motorola seems to be working on the G6 series of smartphones, which were initially expected to be unveiled at the MWC 2018. The Moto G6 has been spotted on the chinese smartphone certification website TENAA where its design is revealed and it is seen sporting with the serial number XT1925-10. However, the full certification page is not up yet, so there are no confirmations in the hardware segment of the smartphone.

Confirming what previous rumours stated, the Moto G6 is seen with a design language similar to the Moto X4 and comes with a horizontally aligned dual-rear camera setup. The camera module has a considerable bump and the device sports a frame with slightly curved edges. Other than the overall design, not much regarding the device’s specs have been revealed.

However, the Moto G6 was recently spotted on Geekbench as well. It scored 709 points in single-core performance and 3582 points in multi-core performance on Geekbench. As per the listing, the smartphone features a 5.7-inch full-HD+ display with a 1080x2160p resolution and could be launched running on the Qualcomm Snapdragon 626 SoC. It is listed with 3GB RAM and might be offered in 32GB and 64GB internal storage options. In the camera department, the smartphone features a 12MP + 5MP on the rear and is speculated to sport a 16MP selfie camera. It is rumoured to be backed by a 3250mAh battery and launch running on Android 8.0 Oreo.

The Moto G6 and E5 series of smartphones also were previously certified in Thailand and Indonesia. Even though the Moto smartphones are being certified, the probability of the devices being launched soon should be taken with a pinch of salt.