Amazon India’s Moto Store is running an exclusive sale on the Moto G5, G5 Plus, G5S and G5S Plus smartphones. Apart from the price discounts, Amazon is also offering exchange deals with the purchase of the Moto phones. 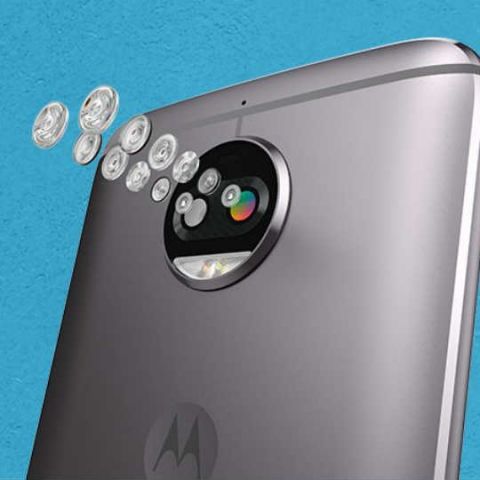 Those interested in purchasing the devices must note that the Amazon sale on the above mentioned Moto devices is valid only from Feb 13 - Feb 15. Looks like Moto is trying to attract buyers hoping to buy phones for Valentine’s Day.

The Moto G5 and G5 Plus were announced last year at the Mobile World Congress. To recall, Moto G5 features the same all-metal unibody design like the G5 Plus and sports a 5-inch full HD display. The smartphone is powered by the Snapdragon 430 chipset and the graphics duty is taken care of by an Adreno 505 GPU. The handset was announced with 3GB RAM and16GB storage. It features a 13MP rear camera with f/2.0 aperture and phase detection autofocus. The front camera is a 5MP unit with f/2.2 aperture. Moto G5 Plus, on the other hand, sports a 12MP rear camera with f/1.7 aperture and dual-pixel autofocus. It features a 5.2-inch Full HD display and is powering by the Qualcomm Snapdragon 625 SoC coupled with options for up to 4GB RAM and 64GB storage.

The Moto G5S features a 5.2-inch full HD display with Gorilla Glass 3 protection. It houses a 1.4GHz Octa-core Snapdragon 430 SoC and features an Adreno 505 GPU. The G5S comes with 3GB RAM and 32GB of internal storage, which can be further expanded upto 128Gb via a microSD card. The G5S Plus gets dual 13MP rear cameras. There is also an  8MP front camera with f/2.0 aperture and LED flash. The Moto G5S Plus smartphone features an all metal unibody casing and a slightly larger 5.5-inch Full HD display with Corning Gorilla Glass 3 protection. The handset is powered by the Snapdragon 625 chipset and comes in two storage options: 3GB RAM with 32GB storage and 4GB RAM with 64GB storage.