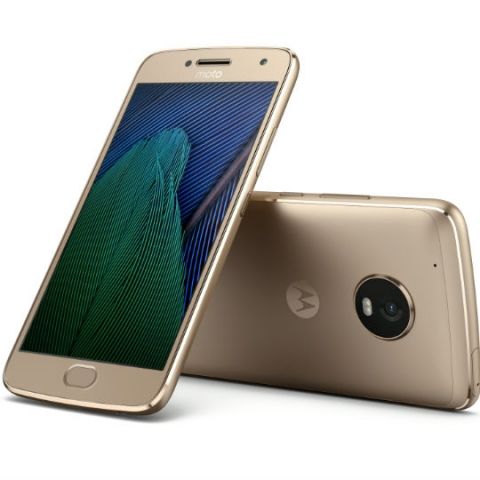 Moto has launched two new smartphones in its G series called the Moto G5 and G5 Plus. Unlike the Moto G4 and G4 Plus, the new smartphones sport a metal body design, and feature smaller displays measuring 5-inch and 5.2-inches respectively, with Full HD resolutions for both.

The Moto G5 is powered by a Qualcomm Snapdragon 430 SoC with 2GB of RAM. At the back of the device is a 13MP sensor, while at the front is a 5MP camera. The Moto G5 offers 32GB of storage and is equipped with a 2800mAh battery with fast charging.

The Moto G5 Plus is powered by a Snapdragon 625 SoC and is available in two variants, one with 2GB RAM/32GB of storage, the other with 3GB RAM/32GB of storage. The smartphone offers a 12MP primary camera with Dual Autofocus Pixels, while at the front is a 5MP camera. The G5 Plus comes with 3000mAh battery along with the companies TurboPower fast charging.

Besides this, Moto also announced a bunch of new Moto Mods for the Moto Z lineup. This includes a new battery pack mod, wireless charger mod, gamepad mod and more. The company also announced that they are working with Amazon to create a Moto Mod  that brings Amazon Alexa functionality to the phone.