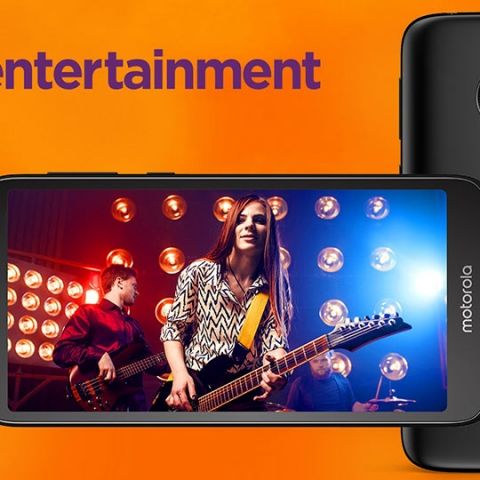 Motorola has launched its first Android Go Edition smartphone, called the Moto E5 Play Android Go Edition. Launched currently only for the European markets, the smartphone is based on Moto’s E5 Play, but has a significantly lower price tag due to the downgraded specification set the phone comes with. The smartphone will be available for sale in Europe at Euro 109 (approx. Rs 8,700).

The Moto E5 Play Android Go Edition is powered by Qualcomm’s Snapdragon 425 chipset paired with 1GB of RAM and 16GB of onboard storage, along with a microSD card slot. It has a 5.3-inch display with an 18:9 aspect ratio. Surprisingly, the E5 Play Android Go Edition has a slightly larger display than the normal E5 Play which has a 5.2-inch display. There’s an 8-megapixel primary camera with an aperture of f/2.0, while the front-facing camera is a modest 5-megapixel shooter. Both the front and rear cameras have LED flashes and the back even houses a fingerprint sensor. The phone also houses a 2100mAh battery.

What’s unique is the software front of things. The Moto E5 Play Android Go Edition is running Android Oreo Go edition, which aims to provide smooth and fast performance to devices with lower-end hardware, typically a maximum of 1GB of RAM. In order to optimize the user experience, the phones also come preloaded with the Go edition of all stock Google apps, although there are no restrictions on installing their regular versions. Android Go is a slimmed down version of Android designed to run on devices with 1GB of RAM (or lower) while ensuring that the performance of the device is at par with regular smartphones running a regular version of Android.

As of now, the Moto E5 Play Android Go Edition is only available to certain countries in European and Latin American countries. Motorola has not announced any intentions to take the phone to any other region, especially India. However, it would make sense for Motorola