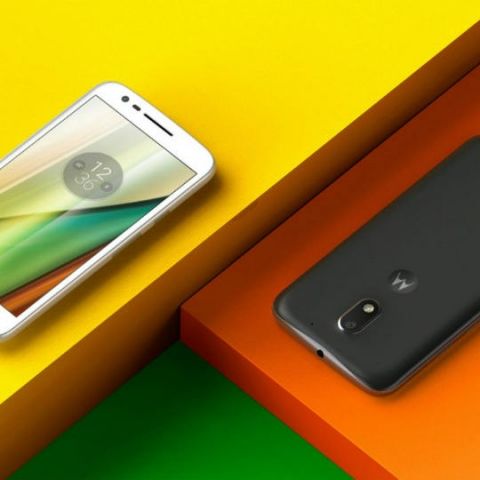 Motorola has unveiled the third generation Moto E smartphone in the UK. According to the press release published by Techno Buffalo, the phone is priced at £99 (approx. Rs. 8,900), The device sports a 5-inch HD display and is powered by an unspecified quad-core processor. The amount of RAM or the internal storage has not been mentioned, but it does feature a microSD card slot for expanding the storage. The device is also equipped with a 2800mAh battery and the company says that this is enough to last for about a day. Further, the Moto E3 sports 8MP and 5MP cameras, and runs Android Marshmallow v6.0. It is not known if and when the device will be available in India.

The new Moto E seems like a much improved version of the second generation Moto E that was launched in India last year. To recall, the Moto E (2nd Gen) features a 4.5-inch qHD display and is powered by a 1.2GHz quad-core Snapdragon 200 processor with 1GB of RAM. The device sports a 5MP rear and a VGA front camera.

Motorola is also rumoured to launch its new flagship range, the Moto Z in India by October. The Moto Z and the Moto Z Force feature a 5.7-inch QHD display, but the Force is equipped with a ShatterShield display. Both devices are powered by a Qualcomm Snapdragon 820 SoC with 4GB of RAM. However, the highlight of the devices are the MotoMods, which are modular plates that are attached to the back of the phone. One of the plates adds extra battery, while another is a projector. The final MotoMod adds Dolby Atmos audio capabilities to the phone.