The Moto C is exclusively available via Flipkart and buyers will get discounts on Flipkart Fashion, Motorola Pulse Max wireless headset as well as free data on Reliance Jio 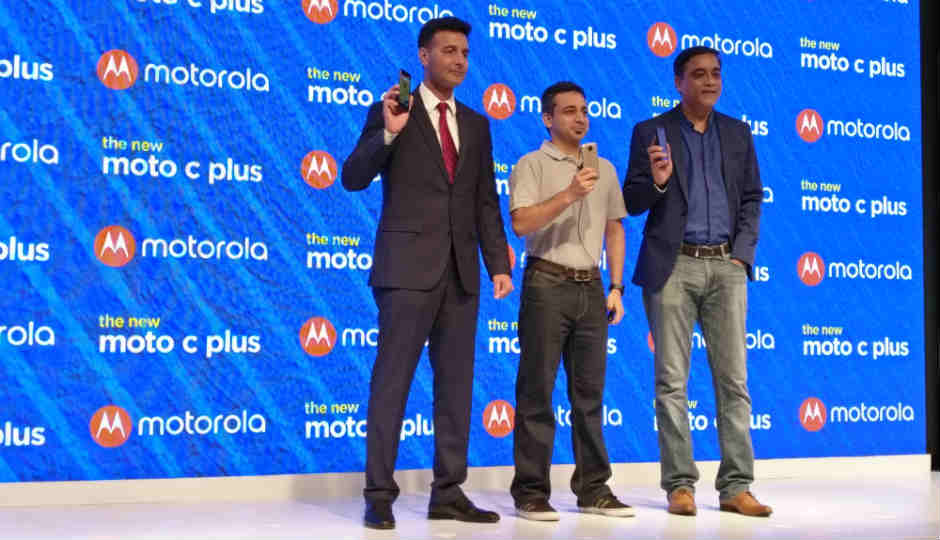 After launching the Moto C last month, Moto has launched a slightly improved version of the phone called the C Plus in India. The phone is priced at Rs. 6,999 and is exclusively available on Flipkart. Those who purchase the phone will also get 20% off on Flipkart's upcoming End of Reason fashion sale along with 30GB of additional 4G data on Reliance Jio. Further, buyers can pick up the Motorola Pulse Max wireless headset for Rs. 749.

The phone sports a 5-inch HD display and is powered by a MediaTek processor with 1GB of RAM. It runs Android Nougat, and offers 16GB of inbuilt storage via a microSD card slot. At the back is an 8MP rear camera, while at the front is a 2MP camera with a flash. The highlight of the phone is the large 4000mAh battery, which the company claims is enough to offer 30 hours of use with a single charge.

The Moto C Plus is the third device that the company has launched in India this month. The first was the Moto C, which is priced at Rs. 5,999 and is currently the cheapest device in the company's lineup. It then launched the Moto Z2 Play, which is the first of its next generation of flagship Z series phones. Like its predecessor, the Z2 Play sports a modular design and is compatible with all MotoMods. The company recently unveiled its E4 series of phones in the US, but it is not yet known if or when the devices will be launched in India.