MIUI 11 ROM may be rolled out for about 38 Xiaomi phones including Redmi 3S, Redmi Note 4 and more

The upcoming MIUI 11 update will reportedly be rolled out for around 38 Xiaomi phones. 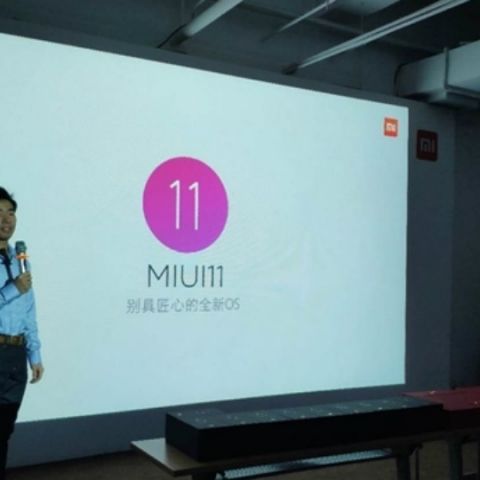 Xiaomi is still rolling out beta updates and adding new features to its MIUI 10 builds. However, back in January, the company reportedly confirmed that it has started working on the next iteration of the MIUI ROM, MIUI 11. Now, a new report by MyDrivers brings a purported list of Xiaomi phones that are eligible for the update and also doles out some new information on the upcoming Xiaomi ROM. As per the report, Xiaomi will be focussing on completely redesigning the entire ROM with a new interface so that it’s “Smooth and Beautiful,” features “New Icon,” “Global Night Mode,” which we are guessing is a system-wide dark theme implementation and more.

As per the report, the new MIUI 11 ROM is currently in early stages of development. It might be released in the next few months, if the company sticks to its standard release schedule. Since the company announced the current MIUI 10 alongside the Mi 8 last year in February, it is speculated to unveil the newer MIUI 11 alongside the Mi 9 smartphone, which is slated to launch soon and is confirmed to feature the Snapdragon 855 SoC. As for the list of Xiaomi smartphones that are touted to receive the new ROM update are: Xiaomi Mi 9, Mi 8, Mi 6X, Mi 6, Mi 5c, Mi 5X, Mi 5s, Mi 5s Plus and the Mi Play. In the Mi Mix series, the Mix 3,  Mi MIX 2S, Mi MIX 2, and the Mi MIX 1 could be updated with the new MIUI ROM. And the other devices are Mi Note 2, Mi Note 3, Mi Max 2, Mi Max, Mi Max 3.