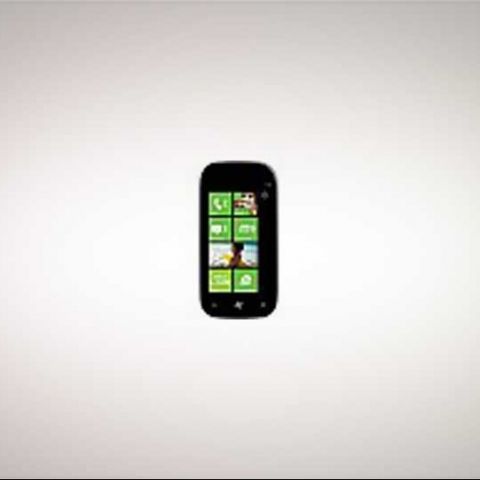 Microsoft announced the Mango update for Windows Phone 7 at a press conference in New York yesterday, an update that brings 500 new features to the platform, and will take the version number to Windows Phone 7.1, rather than 7.5 as previously rumoured.

While the Mango update was detailed a bit further, there was no real information imparted, and even a release date was left nearly as ambiguous as before - sometime in the American Fall. Andy Lees, president of Microsoft’s Mobile Communication Business, headed the webcast.

The biggest change Mango brings to the platform is true multitasking, allowing users to switch between all types apps, including third party apps, which will continue to work in the background. Lees added: “Third-party applications have been freed from their silos…They're [now] part of the total experience."

Live Tiles have been improved, enabling better glance-and-go information and notifications, as well as personalized, as described by Joe Belfiore earlier at MIX11. Other changes include a version of Internet Explorer 9 (left) for the Windows Phone platform – apparently faster than any other mobile browser out there, a new unified linked inbox, a thread-based IM aggregator, and a new Groups-based contact system. Twitter, LinkedIn, and Facebook are all natively integrated.

The announcement also held a few details about a new and improved Xbox Live hub, and, native access to the Skydrive cloud storage service. Also important, is the voice-to-text and text-to-voice support that’s been built-in for handsfree use.

[RELATED_ARTICLE]While these changes are numerous and all for the better, and, users will have no real reason to complain, the future of Windows Phone 7 is still a quite uncertain – after all, its ecosystem could hardly be compared to those Android and iOS enjoy, with the sheer diversity of apps available on the Android Market and Apple App Store. While Windows Phone Marketplace does have over 18,000 apps, and Microsoft doesn’t miss any opportunity to boast of its record-breaking growth, we can’t help but wonder if it will be enough for Microsoft to carve back a niche in the smartphone market.

News of Nokia using dual-core 1.2GHz processors for its Windows Phone devices is certainly interesting, but clock speed and processing power is no guarantee for success in the smartphone category.

On the developer side of things, Microsoft has released beta Windows Phone Developer tools for the Mango today, with many improvements to take advantage of the new features: Live Agents background processing, new profiler and emulator for testing, use of Silverlight XNA together, Silverlight 4, IE9 web browser control, Live Tile enhancements, access to additional sensor, fast application switching, networking / sockets for communications, local SQL database for structured storage, as well as access to calendar and contacts for apps. Refer to the developer site for more information.

Check out a video below, of Joe Belfiore detailing some of the biggest improvements in the Window Phone Mango update, as well as some images showing some of the new features.