Microsoft Office 365 suite is coming to the Mac App Store 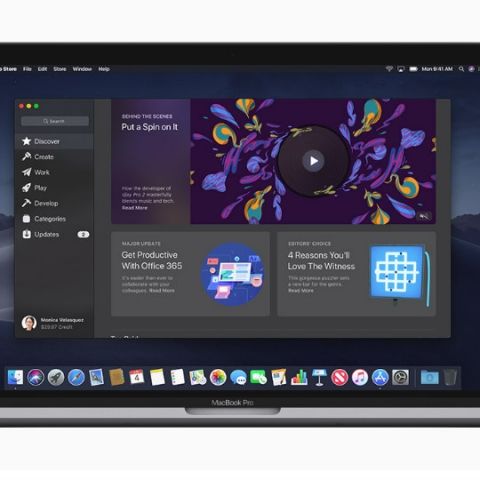 At WWDC 2018, Apple announced that it will be overhauling the design of the the Mac App Store and offer a number of apps from major developers.

During its keynote speech at WWDC 2018, Apple noted that the Mac App Store in macOS Mojave is going to undergo a major overhaul. One of the bigger changes is going to be the introduction of a number of apps from major developers. This includes Microsoft’s Office 365 suite featuring all of Microsoft’s productivity apps like Word, Excel, Powerpoint and more. It should be noted that while the suite was available for macOS before, its inclusion in the Mac App Store should make it easier for users to find and download the suite. Besides Microsoft Office 365, Adobe’s Lightroom CC will also be making its way to the Mac App Store.

The redesign of the Mac App Store is aimed at making it easier for users to find the right apps. New and updated apps will be highlighted in the Discover tab. The store will also show other tabs like Create, Work, Play and Develop, which should help users find apps that might interest them.

macOS Mojave will also introduce a number of other improvements and features. These include a new Dark Mode, Stacks and Finder, Group FaceTime, and new apps like News, Stocks, Voice Memos and Home. The developer preview of macOS Mojave is already available to Apple Developer Program members here. The public beta program will be available to Mac users in late June by going here. The company notes that the full version of Mojave will be available to all users sometime this fall as a free software update. It will be available for Macs introduced in mid-2012 or later. 2010 and 2012 Mac Pro models with a Metal-capable graphics card are also eligible for the upgrade.