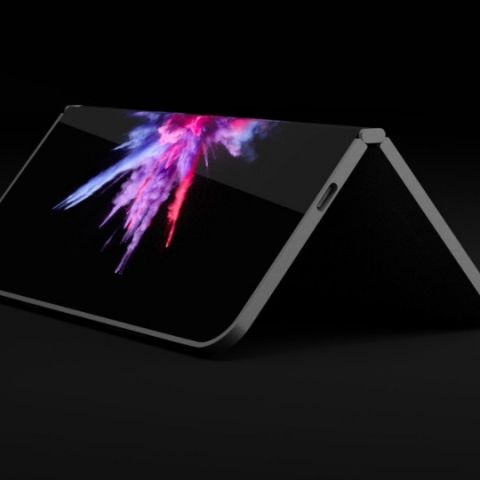 Now, as per the book which describes the journey of Microsoft’s Surface hardware from inception to a $1-billion-per-year business, the Redmond-based tech giant will be releasing a smartphone/tablet Andromeda hybrid in 2019. The Surface-class device will apparently fold into half to become a phone and fold out to provide the functionality of a tablet. It will reportedly not run on the dead Windows phone OS, but will be a full-fledged Windows device with some small changes.

The long rumoured ‘Andromeda’ device was also previously tipped to use a stylus. The company is reportedly experimenting with ARM processors, but it’s still not clear if the company would use Intel or Qualcomm processors inside the final device.

The book further reveals that Microsoft will release new Xbox One devices and Surface laptops with AMD chips instead of Intel in 2019. A new iPad Pro competitor is also tipped to come from Microsoft and the device is said to feature a USB Type-C port, thin bezels and rounded corners. This device is said to release at the end of 2019. Lastly, there is also a mention of what could be a Surface smart speaker. According to the book, the device “is designed to help deal with some of the common frustrations of using a smartphone.”