Micromax to launch its first notched smartphone on December 18 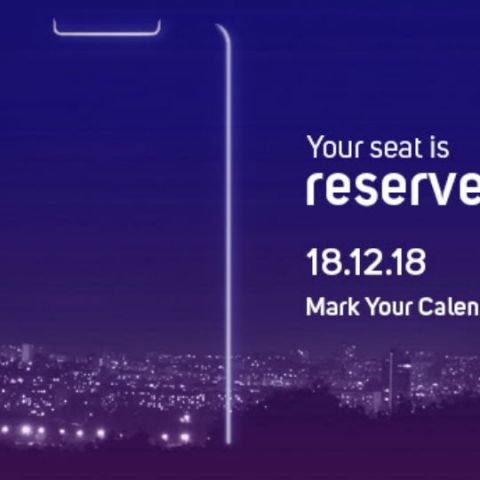 Micromax has sent out invites for an event the company is holding on December 18. The invite has an outline of a smartphone highlighting the notch. The company has also taken to Twitter to tease the smartphone. The twitter caption reads, “We are excited, the countdown has begun. #AboveTheRest”. There is no information available about the smartphone. From the silhouette revealed, it looks like the smartphone will house a broad notch. That is a little disappointing in a day and age when smartphones are moving to the water drop notch and pinhole cameras giving users more real estate on the display of the smartphone.

No specifications or pricing details of the upcoming Micromax smartphone are known, however considering the price point of previous Micromax devices, we can expect this to be a budget device. The budget smartphone segment in India is dominated by the likes of Xiaomi, Honor, Realme and Nokia to name a few. All these brands are working on distinguishing their smartphone on grounds of design, battery life, AI capabilities, performance and even camera capabilities. Micromax will have to push out a stellar device to shake the foundation laid by the current budget king brands.

In other Micromax news, the company launched its first Google certified Android TVs in November. The TVs are available in 49-inch screen sizes and 55-inch screen sizes priced at Rs 51,990 and Rs 61,990, respectively. Both the TVs boast of 4K resolution with HDR 10 support. Google Certified Android TV means that the TVs will run on the Android TV platform and not AOSP (Android Open Source Platform). The TVs run on Android Oreo and boast of support for Dolby and DTS sound. Under the hood, the TVs are powered by a quad-core Cortex-A53 processor coupled with 2.5GB DDR3 RAM and 16GB EMMC storage. Thanks to the Android TV platform, the Micromax TVs boast of built-in Chromecast. They also support MHL, Google Assistant voice controls with voice-enabled search along with Wi-Fi and Bluetooth connectivity. For audio, the TVs have 2x12W speakers. You can read more about the TVs here.