Micromax launches Canvas 2 smartphone priced at Rs 11,999 in partnership with Airtel and Corning

Micromax says that the Canvas 2 smartphone is the first phone in its price segment with Corning Gorilla Glass 5 protection. 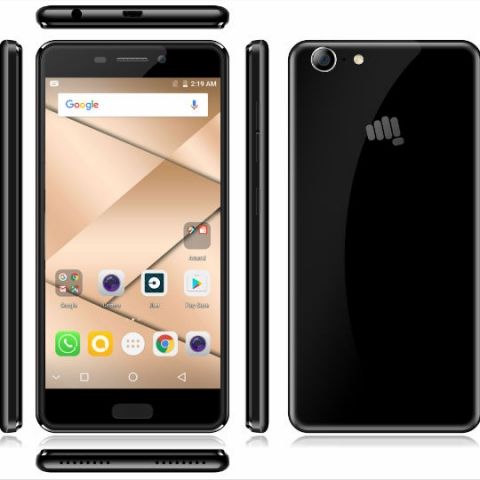 Micromax has re-launched its Canvas 2 smartphone with updated specs in India. The smartphone was first launched five years back and with this overhaul, Micromax wants to reignite the excitement the phone caused back in circa 2012. “Micromax expects to further consolidate its stronghold in the market as it aims to sell more than 1 million Canvas 2 smartphones in India and in other markets that it operates in including Srilanka, Bangladesh and Nepal,” the company writes in a press release.

The 2017 edition of the Canvas 2 smartphone is 4G enabled. It is powered by a Quad-core 1.3GHz processor, houses 3GB of RAM and 16GB of storage, expandable upto 64GB. It ships with Android Nougat out-of-the-box and uses the latest Corning Gorilla Glass 5 for display protection. Micromax has tied up with Corning to bring the newest version of its protective glass to the Canvas 2 at a mid-segment price tag. “We are pleased to work with Micromax to bring the superior drop performance of Corning Gorilla Glass 5 to their mid-segment customers. According to our polling, as many as 85% of Indian mobile phone users drop their device at least once a year and the fear of damaging their device when they do rates as high as 65%. Corning Gorilla Glass 5, our best cover glass yet, improves drop performance far outperforming competitive glass designs,” said, John Bayne, Vice President and General Manager, Corning Gorilla Glass.

The Canvas 2 also sports an Ultra-fast front fingerprint sensor and a 3050 mAh battery. In the camera department, the Canvas 2 features a 13MP rear camera and a 5MP front-facing camera.

Keeping with trends, Micromax has also partnered with Airtel to offer free data and calling benefits on Airtel 4G.  Users can avail Unlimited Calling (Local/ STD), 1 GB 4G/3G Data per day (4G handset with 4G USIM) for 1 year as per Standard Fair Usage Policy (FUP). Alongside free data and calling, Micromax is offering a 1 Year screen replacement guarantee, which is applicable from the date of activation. The Canvas 2 will be available through all major offline retail stores and also the Micromax website.

Commenting on the launch, Rahul Sharma, Co-Founder, Micromax Informatics said, “Canvas2 was the first smartphone that we launched in our Canvas range of smartphones back in 2012, which reinvented the way consumers looked at their smartphone as it led to the democratization of technology in India. Over the last few months, as the Indian handset and telecom industry has undergone dynamic shift, the focus of consumers is shifting from just the hardware, to overall connected experience. Therefore, to address the consumer needs, we are happy to partner with Airtel to offer a full year of unlimited calls and 4G data with the new Canvas2, which will help drive large scale adoption throughout the country. Our partnership with Corning has also helped us make Canvas2, the first smartphone to offer Corning Gorilla Glass 5 in its price segment. We expect Canvas 2 to yet again set a benchmark and revolutionize the overall smartphone adoption.”

Besides launching the Canvas 2, we hear Micromax is also looking to introduce a series of new YU smartphones under its sister brand.