Micromax Canvas 2 A110 due for Android 4.1 Jelly Bean update next week

Micromax's 5-inch smartphone, the Canvas 2 A110 that ran on Android 4.0 ICS since its launch in October, will receive the 4.1 Jelly Bean update next week. 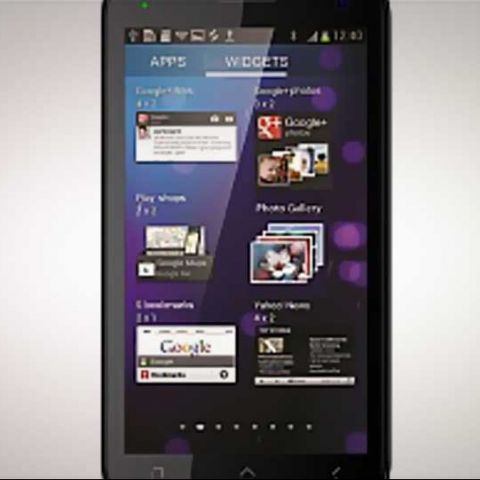 A lot of budget smartphone manufacturers have promised us an OS update on their Android devices and rarely have they delivered. Today, we have the news that the Micromax Canvas 2 A110 will receive the Android 4.1 Jelly Bean update as early as next week. The device was launched in October 2012 and ran on Android 4.0 ICS straight out of the box.

There is one downside to this update. It will not be available to users OTA or via the PC. Users will have to go to a Micromax service center to update their device. What remains to be seen is whether it is worth the effort for a user to go to the Micromax store just to update the phone’s OS.

“This will not be an OTA update. Users will have to go to Micromax-authorised service centres to get the update. Currently, we are conducting tests on the Jelly Bean ROM and will be releasing the update by early next week latest,” a Micromax spokesperson said.

The Micromax Canvas 2 A110 is one of the better budget 5-inch smartphones that we have tested. It has a 5-inch display with a 480x854 pixel resolution, 4GB of built-in storage expandable up to 32GB via a microSD card, and a 1GHz dual-core processor coupled with 512MB of RAM. The rear of the smartphone houses an 8MP camera. It also boasts of dual-SIM capabilities. It also has a 2000mAh battery. You can catch our in-depth review of the A110 here.

Micromax recently launched the A116 Canvas HD, a smartphone that boasts of a 1280x720 pixel 5-inch display, a quad-core processor and 1GB of RAM. The device is one of the best budget smartphones we have seen. You can read our review of the Canvas HD here.

At the launch of the Micromax A116 Canvas HD, the budget smartphone maker said that the device would be upgradable to Android 4.2 Jelly Bean. There is still no information available on the details of that update.