BSNL says that the effective price of the Micromax Bharat 1 will be Rs 5,692 after three years. The 4G feature phone will go on sale starting October 20 from retail stores across the country. 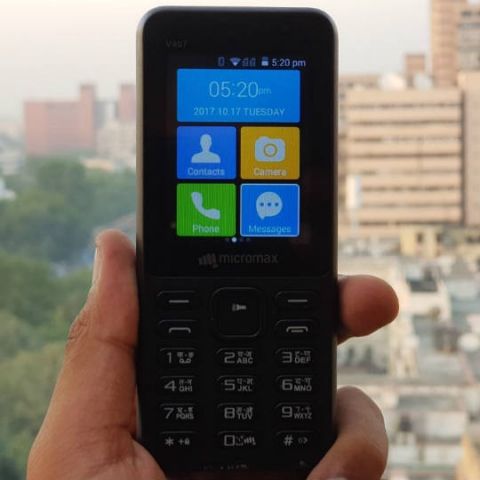 Micromax collaborated with BSNL to launch the Bharat 1, its JioPhone rival. The Indian smartphone maker says the new Bharat 1 is meant for the Tier II and Tier III markets and is aimed at all existing feature phone users in those cities. The device comes bundled with a BSNL SIM card and the state-owned telecom service provider is offering a customised data plan.

Like the JioPhone, the newly announced Bharat 1 is also a 4G VoLTE-enabled feature phone. It features a 2.4-inch QVGA display and uses Qualcomm's Snapdragon 205 chipset. It comes with 512MB RAM, 4GB storage, 2MP main camera and a VGA front facing camera. The Bharat 1 is a dual-SIM device and can be used with any other service provider as well.

With the launch of the Bharat 1, BSNL is introducing a new Rs 97 tariff plan that offers unlimited voice calls, free roaming, unlimited SMS and data to its users. Micromax says Bharat 1 users can access live TV, music, movies and videos via company's Entertainment app. The Bharat 1 also supports 22 different languages and there is even an option to access net banking.

While JioPhone is pitched as India ka smartphone, Micromax is pitching the Bharat 1 as Desh ka 4Gfone. Last week, Airtel also announced a similar partnership with Karbonn to launch the A40 Indian, a 4G smartphone at an effective price of Rs 1,399. There are over 500 million feature phone users in the country who are yet to experience 4G connectivity.