Micromax takes a dig at Xiaomi's Kitkat based phones as it reveals its new project. 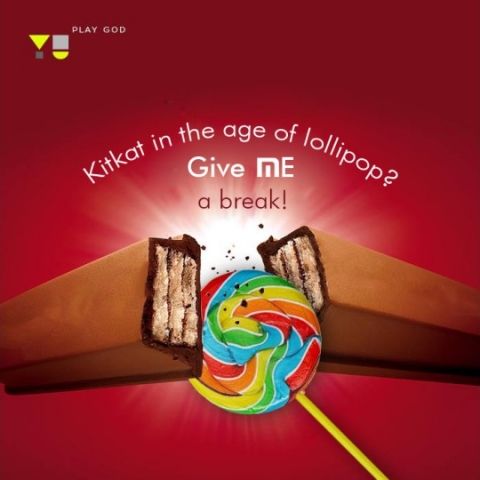 Micromax quickly responded to Xiaomi's fame with a new brand called Yu that is aimed at growing tech enthusiasts in India. Mimicing Xiaomi's flash sales and online sales model, the company launched its first Yu Yureka smartphone, priced under Rs. 10,000. And now the company is gearing up to launch its next Yu smartphone in India.

Micromax has just announced a new Project Caesar on social media. Taking a dig at Xiaomi, the company says : “KitKat in the age of Lollipop. Give me a break!” The “me” in the statement resembles Xiaomi's logo. The teaser clearly hints the smartphone will run Lollipop out of the box.

Micromax had done a good job with its Yu Yureka smartphone. Priced under Rs. 10,000, the smartphone boasted specifications such as Qualcomm Snapdragon 615 octa-core 64-bit chipset along with CyanogenMod 1, 13 MP rear camera, 5 MP front camera and 16 GB of internal storage, which can be expanded using a micro-SD card and a 5.5 inch HD display. Read our detailed YU Yureka Review

Xiaomi, now the fifth largest smartphone brand in India, is looking to expand its base in the country. The company has already given tougher competition to the likes of Samsung and Sony. With its plans to begin local production among others, it has threatened dominance of the Indian phone brand Micromax.

It'll be interesting to see how Micromax continues to compete with Xiaomi, and vice-versa.