Apart from its octa-core processor, the smartphone comes with good cameras on board: a 16MP rear and an 8MP front camera. 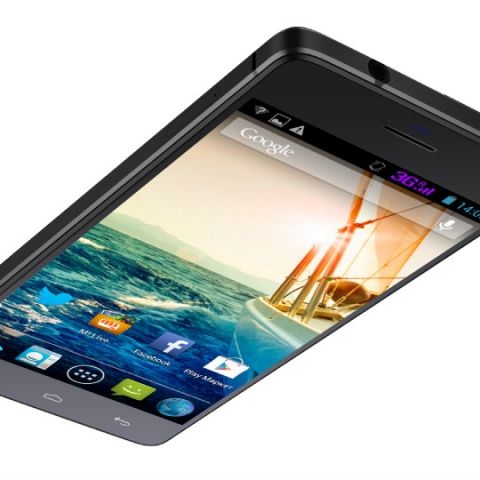 The smartphone runs on a MediaTek Tru Octa-Core MT6592T processor clocked at 2GHz and comes with ARM Mali450 GPU. It has 2GB of RAM, a 5-inch FHD IPS display, a 16MP rear camera and an 8MP front camera, 32GB of internal storage and a 2350mAh battery.

Canvas Knight A350 comes with Android 4.2.2 Jelly Bean out of the box. Micromax promises exceptional camera performance on the Knight A350 with OmniVision CameraChip sensor and M8 Largan lens. 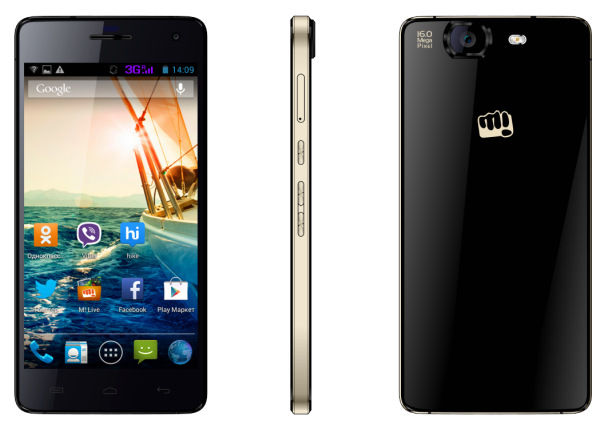 Knight A350 is among the very few smartphones out there that feature an 8MP front camera. Both the rear and front cameras are capable of recording Full HD 1080p videos at 30fps. The display running 1920 x 1080 (443ppi) resolution is among the sharpest displays. It also features a Yamaha amplifier which delivers advanced sound reproduction as claimed by Micromax. The phone also features Bluetooth 4.0 with Wi-Fi for wireless connectivity.

Micromax has bundled apps like Hike, Spuul, Opera, M! Live, M! Security, M! Vault, Real Steel, Where is my water, Where is my perry, Getit, BBM, True caller and Kingsoft Office which come pre-installed in the phone.

The smartphone is available in black, black and gold, and white and gold colors. The Canvas Knight A350 is priced at Rs.19,999 and is exclusively available at www.micromaxinfo.com from 05 March.

Apart from the octa-core processor the smartphone comes with good cameras on board: a 16MP rear and an 8MP front camera.
Advertisements