The Mi Mix 3 can’t be ignored with its sliding display, no notch and a ceramic back panel. 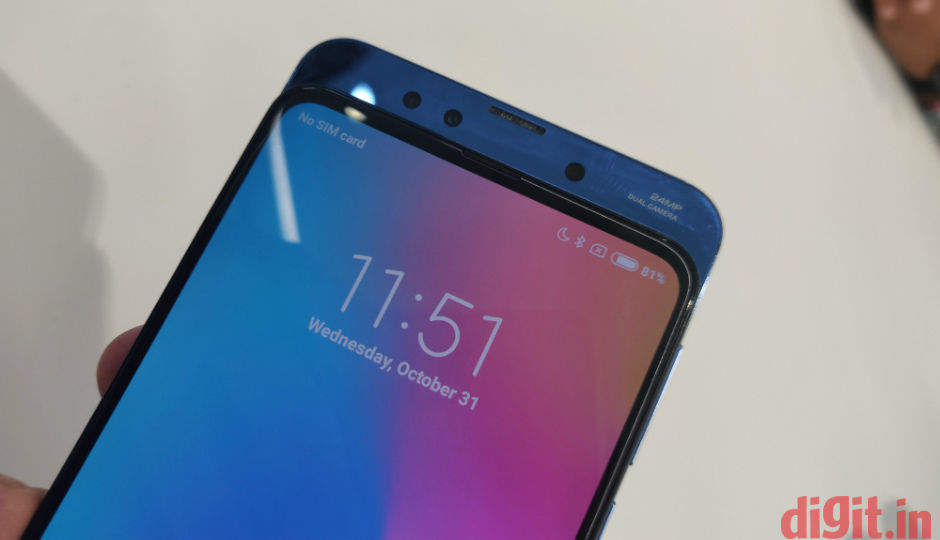 Xiaomi will open its largest Mi Home Experience Store in India on November 2. However, we got exclusive access beforehand to play around with some Xiaomi gadgets that are yet to reach Indian shores. Manu Jain, Global VP and MD of Xiaomi India, was also present, along with the newly launched Mi Mix 3 smartphone. We almost snatched the phone off of him to play around with it as other phones like the Xiaomi Mi 8 Explorer Edition, the Mi Mix 2S and the Xiaomi BlackShark were also on display, there was no Mi Mix 3 to check out. So, here's our first impressions of the first Xiaomi phone with a sliding display.

As mentioned above, we did nearly snatch away the phone from Manu, but it was password protected. It was the “Forbidden City Palace Museum” special edition variant of the phone, which comes with 10GB RAM and 256GB of internal storage. Even though we couldn't get into the phone, it was apparent that the build quality was what one would expect from a Xiaomi flagship device. At first glance, it looks almost identical to the Mi Mix 2S, but press the power button on the right edge and it's clear that it isn’t. The near bezel-less design of the phone does leave an impression as there is no notch to hinder the viewing experience and also has considerably thinner bezels than what we are used to on phones. There is still a noticeable chin below the display though. 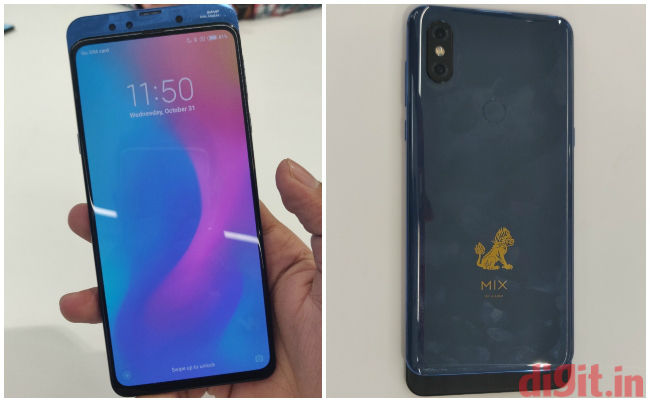 While Oppo tried to use a motorised camera setup to pull off the "immersive display," Xioami has kept things simple with a magnetic slider. Pushing the display down with minimal force will easily pop the front cameras up, which are hidden behind the display. The movement of the display and the rear panel felt smooth but moving parts are notorious for breaking down as general usage along with wear and tear takes its toll over time. Xiaomi does claim that the slider will last for 300,000 cycles but only when we get the phone in for a review will we be able to say if the claim is actually true.

The 6.4-inch AMOLED display looks vivid, slightly oversaturated even but again, we were limited to staring at the lock screen as Manu refused to unlock the phone. The Mi Mix 3 seems to sport thin edges, but it’s actually the rear panel that wraps around it to give the effect. There is also a dedicated Xiao AI button on the phone's left edge but it won’t work in India. Manu Jain said that the Xiao AI is limited to China and there's no English version of it. So, for the foreseeable future, we can expect the company's smart assistant to be bound to China.

Coming back to the handset, its rear panel is made of ceramic that feels premium to the touch and is a sucker for fingerprints. The phone now also supports wireless charging, thanks to the conductive back panel, and there's a familiar vertically stacked dual-camera configuration on the back with an LED flash in between. The camera bump is quite significant and we wonder whether once smartphone makers are done with reducing bezels, the next chase will be after making the camera sit flush with the back panel. 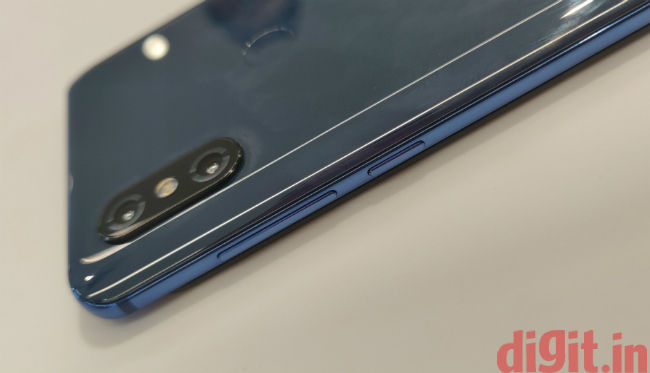 There are ridges on the back of the display when it was pushed down, it seems like these grooves facilitate in the movement of the magnetic slider. A few times we ended up trying to slide the display up as a carried over habit from when some legacy phones with a sliding display had to be pushed up. Overall, the Mi Mix 3 looks promising when it comes to implementation of the new method of getting rid of the notch.

It’s not confirmed whether the Mi Mix 3 will be made available in India but Xiaomi sells a wide range of products in China like electric scooters, smart home appliances, smart robot vacuum cleaners, and more. It wants to bring some of these devices to India but will be seeking feedback from its Indian customers. Xaiomi says that if a gadget garners enough interest, the company would strongly consider launching it here for its customers.