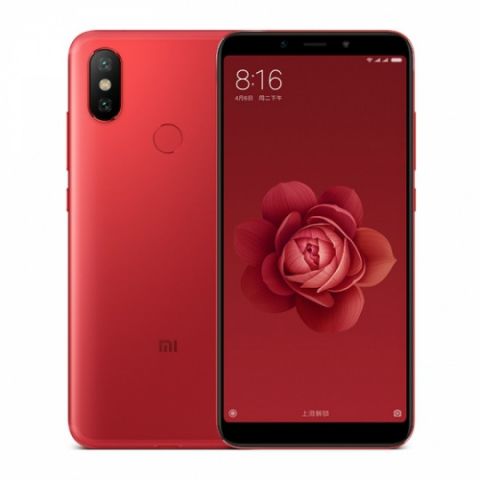 The hands-on which now has been taken down revealed some key specs of the phone, stock Android Oreo as well as the similarities with the Mi 6X.

The Xiaomi Mi A2(₹ 10599 at flipkart) is already a much-anticipated device even though Xiaomi has claimed it doesn’t exist yet. However, the Mi 6X that was announced in April in China is widely rumoured to be adopted as the successor to the popular Android One device from Xiaomi last year. Recently, a video posted by an YouTube channel named PimpiTronic claimed to have got a hands-on of the unannounced phone. They even made a video of it discussing some of the major features of the phone. However, the video was quickly taken down indicating that the report should be taken with a pinch of salt.

Nevertheless, the video, according to Mysmartprice, reveals the Mi 6X will indeed be rebranded as the Mi A2. The alleged phone in the video had a display similar to the Mi 6X. Furthermore, the positioning of the front camera, earpiece and other sensors were identical to the Mi 6X. The video also revealed the phone will be Android One certified and will run on Android 8.1 Oreo out of the box. The video doesn’t show the rear panel of the phone, and if it is indeed the Mi 6X, it will have vertically aligned dual cameras at the back.

Earlier rumours had claimed the Mi A2 will feature a 5.99-inch IPS LCD panel of full HD+ resolution and a 2.5D protective curved glass on top. The rear camera will have the capability to shoot 4K videos at 30fps. On the front will be a 20-megapixel Sony IMX376 sensor with a 2.0um pixel size, a soft LED flash and AI portrait. All these front camera features are already available in quite a few Redmi devices launched in India this year.

Considering the Mi A2 will be a rebranded Mi 6X, the phone will have a 3,010mAh battery with support for Qualcomm QuickCharge 3.0 for fast charging. There will be a rear mounted fingerprint sensor and face unlock. However, the Mi 6X controversially does away with the 3.5mm headphone jack. It remains to be seen whether the Mi A2 will have a USB-Type C powered audio jack or retain the legacy port.