The phone was announced a few days ago and is now available for pre-order for $369.99, which is approximately Rs. 25,400 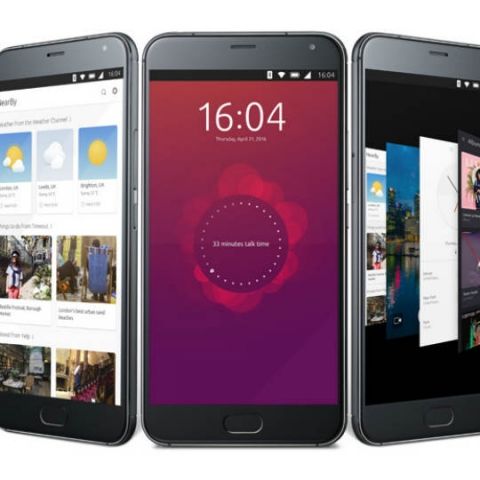 The Meizu Pro 5 Ubuntu Edition is now available for pre-order at $369.99, which is roughly Rs. 25,400. The device is being showcased at MWC 2016 and was announced a few days ago. As the name would suggest, the phone is the Meizu PRO 5 smartphone that runs Canonical's Ubuntu OS instead of Android. The device comes with a 5.7-inch Full HD AMOLED display and is powered by a Samsung Exynos 7420 SoC with 3GB of RAM. It has a 21MP rear camera and a 5MP front camera. It is equipped with 32GB of onboard storage and a 3050mAh battery. The company also noted that the device demonstrated at MWC is running a demo version of the software and will be updated with improved features via the next OTA update.

Jane Silber, CEO, Canonical had stated, “Our partnership with Meizu continues to result in the creation of beautifully designed hardware that perfectly complements the Ubuntu user experience. Users are always at the heart of our work together –something that brings an intuitive and rewarding experience to consumers everywhere.” The Meizu PRO 5 Ubuntu Edition is the fifth Ubuntu device and the second such device launched by Meizu. The first was the Meizu MX4 Ubuntu Edition.