This comes just a few days after the company launched the M3S budget smartphone in India. 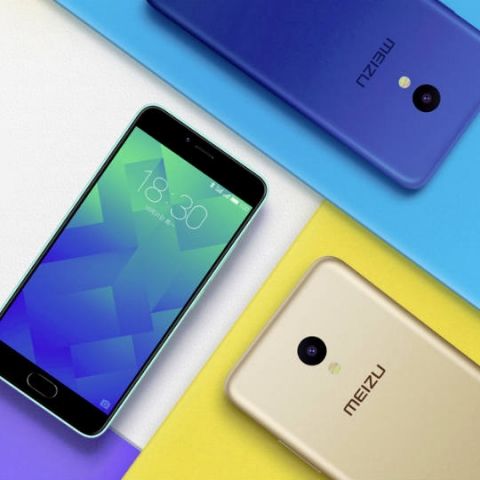 A few days after launching the M3S in India, Meizu has launched the M5 in China. The phone sports a 5.2-inch HD display, and is powered by a MediaTek MT6750 SoC. The device sports a 13MP camera at the back with PDAF, while at the front is a 5MP camera. The phone is equipped with a 3070mAh battery, and has a fingerprint sensor integrated with the Home button. The device is available in two variants, one with 2GB RAM/16GB storage priced at CNY 699 (approx. Rs. 6,900), and 3GB RAM/32GB storage variant priced at CNY 899 (approx. Rs. 8,900). It is not yet known if or when Meizu plans to launch the M5 in India.

The new phone is quite similar to the M3S launched a few days back in India. However, the M3S has a slightly smaller, 5-inch display and a smaller, 3020mAh battery. Both phones sport 13MP/5MP cameras and are available in the same RAM/storage combinations. The two variants of the Meizu M3S are priced at Rs. 7,999 and Rs. 9,299 in India, are are exclusively available via Snapdeal.