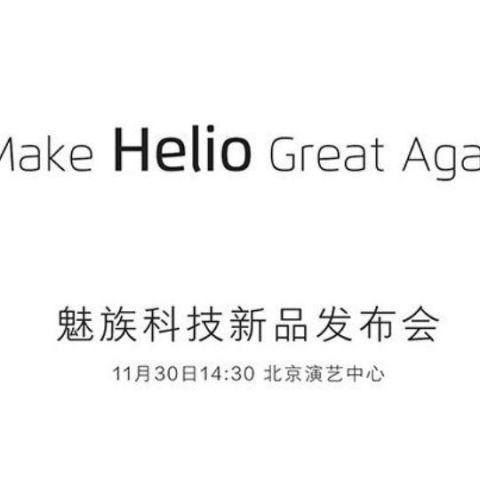 Meizu has started sending out media invites for the launch of its upcoming smartphone powered by MediaTek Helio processor. Meizu's launch event is set for November 30 and Chinese smartphone maker could launch M5 Note, the next mid-range Android smartphone. Meizu has announced Pro 6s recently as flagship device from the company.

Meizu recently announced the availability of M5 in China at 699 Yuan (approximately Rs 6,990) and the launch of Note branded variant is very much likely. Meizu M5 Note recently appeared on Geekbench confirming the use of MediaTek's Helio processor. The Geekbench listing suggested use of Helio P10 and the invite reads "Make Helio Great Again". Meizu might introduce the device with Helio P20, a refreshed processor from MediaTek.

Meizu has been successful with its budget offerings and the company's m3, m3s and m3 Note have been the most popular devices. With m5 Note, Meizu could further strengthen its portfolio of budget smartphone offerings.

The Antutu benchmark of Meizu m5 Note hinted at Mali-T860GPU, Helio P10 processor and a full HD display. The phone was spotted with 3GB RAM and 32GB storage. The camera is tipped to be a combination of 13MP and 5MP shooters.

Meizu m5 was launched with MediaTek's entry-level MT6750 processor and option for 2/3GB RAM. Meizu m5 Note will most likely be offered with similar storage options. While we don't have any official word on what Meizu plans to launch, we will have the details ahead of the launch.