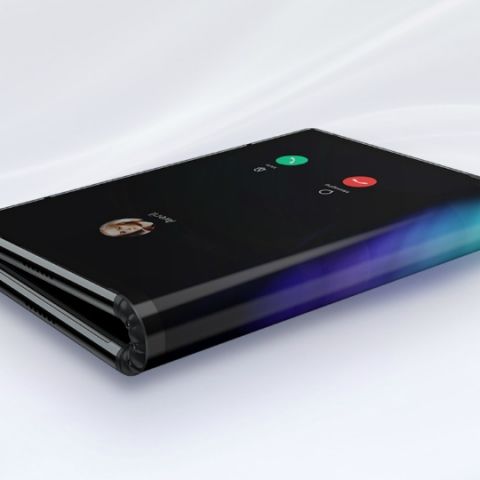 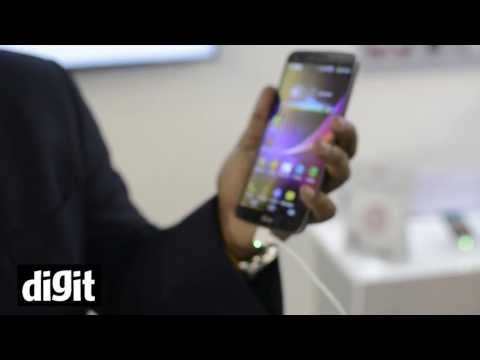 There’s enough noise going on around foldable phones these days. Big players in the smartphone market like LG and Samsung have been indicating their desire to create a smartphone with a foldable display for some years now. In fact, you could say that the curves on the displays of models like the Samsung Galaxy S9 and the LG G Flex 2 is a small step towards getting there. But this new Chinese smartphone called FlexPai is cutting through all of that noise to show off a display that can be folded like a book.

Made by a little-known Chinese manufacturer called Royole Corporation, the FlexPai is a phablet (if that term even exists anymore) with a 4:3 7.8-inch display. The 1920 x 1440 display, when flattened out fully to resemble a tablet, can be folded backwards in the middle to make the device resemble a phone. Still a prototype, the FlexPai’s display doesn’t fold completely and without glitches: there’s a rather large gap between the folds and the screen flickers a bit when it’s folded. A folded side of the display measures 4 inches diagonally. The phone was seen in action in IceUniverse's tweet:

This is the "world's first foldable screen phone" released by Rouyu Technology, which will use the Snapdragon 8150 processor, but its design is very rough, just to seize the "first", this is a futures product. pic.twitter.com/M0v9o2z0Bw

The FlexPai is powered by a Qualcomm 8-series chipset that clocks at 2.80GHz and an Adreno 640 GPU. Some believe it’s the to-be-announced Snapdragon 855 or Snapdragon 8150 flagship chipset. On the software front, it runs Android 9.0 Pie with Water OS 1.0 on top. The FlexPai is expected to come in three variants: 6GB RAM + 128GB storage, 8GB RAM + 256GB storage, and 8GB RAM + 512GB storage. According to Royole's product page, the FlexPai features a dual-camera setup on the back: a 16-megapixel wide-angle sensor and a 20-megapixel telephoto sensor. Both have an aperture of f/1.8. The FlexPai uses a fast-charging technology called Ro Charge, which is capable of juicing up the phone from nought to 80 percent in just one hour. The battery on it is a 3,800mAh unit.

The FlexPai is reportedly close to being ready for commercial sale and will go on sale in December this year. Pre-orders are said to start on October 31 in China. The FlexPai by Royole Corporation is expected to cost CNY 8,999 (approx Rs 95,000) for the entry-level variant and CNY 12,999 (approx Rs 1,37,000) for the top-end variant. There’s little chance the FlexPai will enter the Indian smartphone market anytime soon.