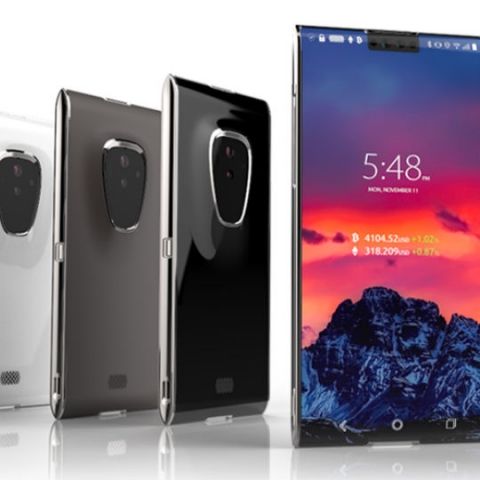 A company called Sirin Labs has launched what it calls the world’s first blockchain phone. Named after Bitcoin pioneer Hal Finney, the device apparently incorporates “advanced blockchain and cryptocurrency trading algorithms” to allow blockchain applications, including crypto wallet, encrypted communications, secure exchange access and more such applications. The company is going to run a crowdfunding campaign for the phone’s development.

The Finney itself is priced at $999 and sports the specifications of a flagship. It has a 5.2 inch QHD display and 8GB of RAM. There’s also 256GB storage built in, while a 16MP camera lies on the back of the device. There’s even a 12MP wide angle front camera on the Finney. The security and blockchain related aspects come from a custom operating system that runs on the phone, called Shield OS. It’s based on Android, but incorporates the algorithms required for this device.

While the Finney sounds particularly unique, the only way to buy it is through SRN Tokens, the company’s own cryptocurrency. In fact, Sirin Labs’ crowdfunding campaign is an initial coin offering, meaning you are actually investing into this new form of currency and run the risk of failure. ICOs are often volatile and unsuccessful, and since the phone won’t actually be built till the crowdsourced campaign is successful, you may be making a very risky investment.

A blockchain phone sounds good indeed, but Sirin Labs’ product is not meant for the mass market just yet. Also, it seems the blockchain network built inside and around the phone is meant for the company’s own currency. Are you comfortable investing in a whole new form of cryptocurrency?