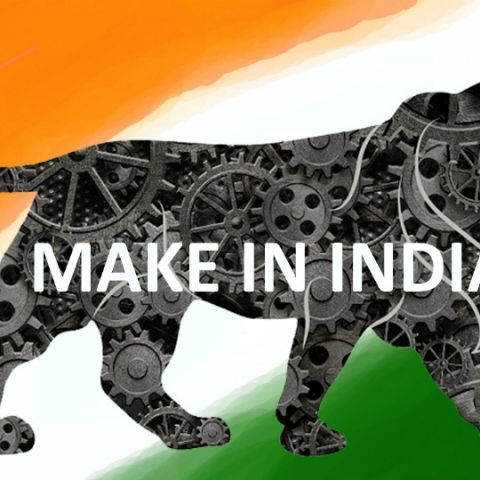 A recent report by CyberMedia Research (CMR) has reflected the impact that Make in India has made to the smartphone industry. India shipped a total of 52.8 million handsets in the present quarter in comparison to 55.4 million handset in the first quarter, resulting in a 4 percent decline (year-on-year).

The report also reveals a number of interesting insights, including the rise of Indian smartphone brands and 'Make in India' devices in pushing forth the Indian smartphone industry. Alongside, there has been a shift in the most popular price bracket of devices, too. Indian brands contributed to 45 percent of the smartphone market, up by 7 percent since Q4 2015. Make in India devices, the core focus of this report, contributed 67 percent of total sales. Subsequently, the contribution of international brands have declined.

The shift in the most popular price bracket of devices has seen the price range of Rs. 10,000 to Rs. 15,000 sell the most number of devices, whereas previously, the price bracket of Rs. 6,000-Rs. 8,000 constantly saw highest sales in India. This has been attributed to major Chinese and global players as LeEco, Lenovo, Oppo, Vivo, Micromax and Intex. Notable smartphones that have contributed to this segment include the Lenovo Vibe K4 Note, LeEco Le 1s and Honor 5X.

The average price of each smartphone has also been rising. In Q1 2016, the average price was Rs. 12,983, while in Q1 2015, the price averaged at Rs. 10,364. In terms of rankings, Samsung maintained its number 1 status in the country, followed by Micromax and Intex. Micromax has recently had a change in logo and branding, which may alter the way the brand is perceived.

The premium, or flagship segment of smartphones, however, have not been a major contributor in terms of sales, or Make in India figures.