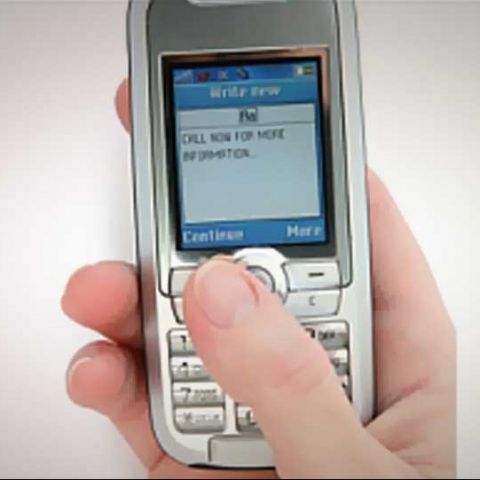 The Madras High Court has asked the Telecom Regulatory Authority of India (TRAI) to take necessary measures to deal with the growing menace of the obscene messages being sent to users without their consent. The court observed that the harassment of mobile phone users by obscene messages is a matter of common agony and the regulator should put an end to the harassment immediately.

Justice Chitra Venkataraman passed the order while disposing off a petition by one V S Suresh. The petitioner said that he had received obscene messages without his consent. Despite complaining to the service provider, the messages continued and money was also cut from his account.

The Chief Metropolitan Magistrate's court had ordered police to lodge the complaint following which an FIR was filed in January last year. Suresh added that police had taken his mobile phone but did not return.

"Considering the nature of the complaint made, which is a matter of common agony for even those who may not be petitioners before this court, this court feels that it is time that the first respondent (TRAI) looks into the grievance of the petitioner and put an end to the harassment sent through messages, immediately," the judge said.

The court directives come days after Minister of State for Communications and IT Milind Deora revealed that the telecom regulator had received 2,140 service related complaints against operators till June in 2012-13 fiscal.

The telecom regulator has made various efforts to control pesky messages and calls. The TRAI recently sought suggestions from the cellular operators on how to curb pesky messages. TRAI's Telecom Commercial Communication Customer Preference (Tenth Amendment) Regulations, 2012 says: “...every Access Provider shall, within fifteen days of coming into force of these regulations, send an SMS to its subscribers advising them not to send any commercial communications if they are not registered with the Authority as telemarketer, as sending of commercial communication shall result in
disconnection of resources.”

“...every Access Provider shall, after three months of coming into force of these regulations, ensure that no SMS, having similar signature, from any source or number originating more than two hundred such SMSs per hour, is delivered through its network.”