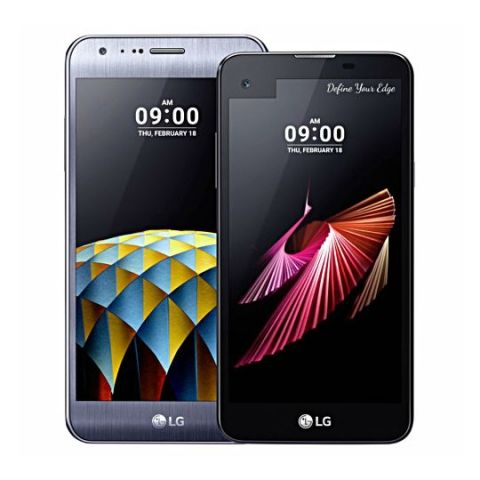 LG has announced the global rollout of its new X range of smartphones. Currently, the company has two X series phones, the X Screen and the X Cam, both of which were unveiled earlier this year at MWC 2016. Like the LG G5, the LG X Cam inherits a 120- degree wide angle lens to complement the standard lens. On the other hand, the LG X Screen(₹ 9990 at amazon) has a second screen implemented similarly in the LG V10.

Juno Cho, President and CEO of LG Electronics Mobile Communications Company, stated, “What’s appealing about the X screen and X cam is that each offers one great feature in a complete package that doesn’t break the bank. Starting with the X series, we’re introducing the best in camera and display technology in a mass-tier device, something that has never been done before.”

The LG X Cam is running on a 1.14GHz Octa-Core SoC. It sports a 5.2-inch Full HD In-Cell display, 2GB RAM and 16GB internal storage. The device has a 13MP + 5MP camera at the back like the LG G5, where the 5MP camera uses a wide angle lens. At the front, the phone features an 8MP camera. The device comes with a 2520mAh battery and will be running on Android Marshmallow out of the box.

The LG X Screen has a dual display setup similar to the one we saw on the LG V10. There is a 4.93-inch main display with HD resolution, and a 1.76-inch secondary display with 520x80-pixel resolution. The device is powered by a 1.2GHz quad-core SoC, along with 2GB of RAM and 16GB of built-in storage. The device has a 13MP camera at the back and an 8MP camera on the front. There is a 2300mAh battery on board, and will be running on Android Marshmallow out of the box.

LG has revealed that starting this week, both these phones will be first made available in South Korea, and then will subsequently be brought to other major markets in Europe, Latin America and Asia.