LG Wing is being sold at a massive discount of Rs 50,000 on Flipkart in India after the company shut down its smartphone business worldwide 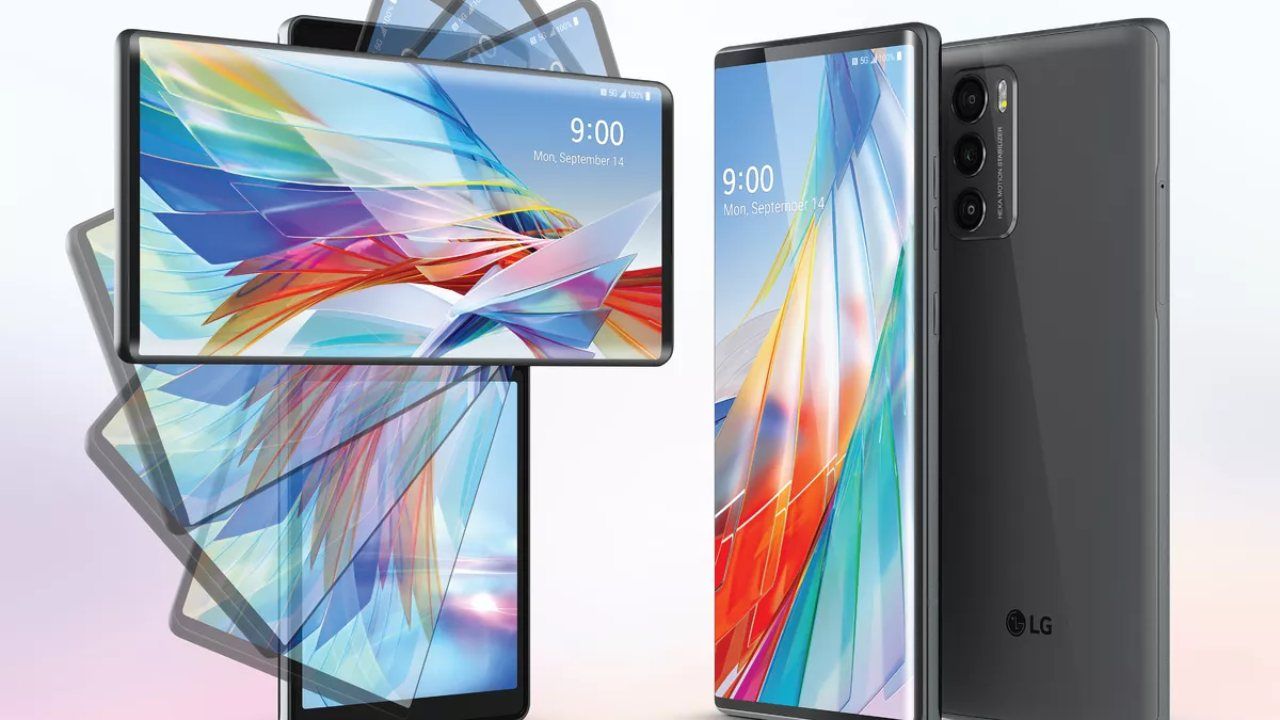 LG Wing is being sold at a massive discount of Rs 50,000 on Flipkart in India. This comes after the South Korean company shut down its smartphone business worldwide. As part of Flipkart’s Flagship Fest sale that is being held between April 12 and 15, many popular smartphones are up for grabs at discounted prices. This is not the first time we are seeing such an enticing offer on an LG smartphone as last year, the LG G8X ThinQ also received a huge price cut during one such sale.

The LG Wing was launched back in October 2020 in India alongside the LG Velvet starting at Rs 69,990. While the LG Wing does not boast top-of-the-line hardware, the highlighting aspect is its swivel design that gives way to a smaller, square display at the bottom. There are several use cases of this large screen estate like having the camera app control on the secondary display leaving the main display free of any toggles. Apart from that, users can also have two apps open simultaneously, a music player on the smaller display and Google Maps on the larger main display.

The LG Wing will be available at a special discounted price of Rs 50,001 on its original box price of Rs 80,000. This is a 62% discount overall which brings down the price to Rs 29,999. The LG Wing has 8GB of RAM and 128GB storage and will be offered in Aurora Gray colour. 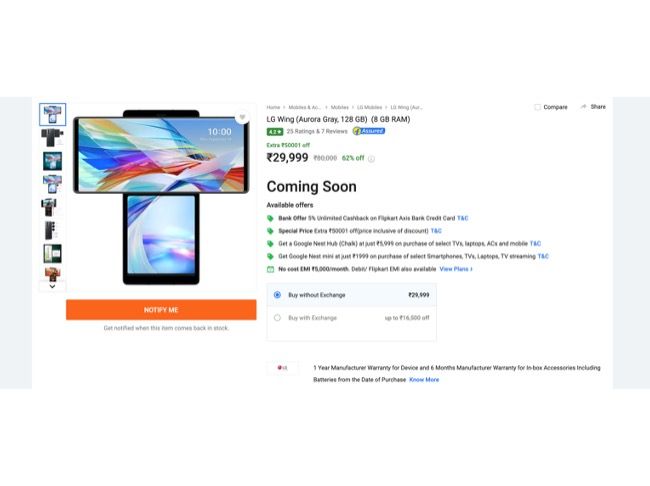 Apart from this, Flipkart is also offering an exchange discount of upto Rs 16,500 on the LG Wing which further sweetens the deal. Furthermore, interested buyers will also be eligible to get either the Google Nest Hub or Nest Mini by paying up Rs 5,999 or Rs 1,999 respectively.

Check out the LG Wing on Flipkart here.

The LG Wing features a 6.8-inch Full HD+ (2460 x 1080 pixels) resolution display topped with Gorilla Glass 5. The smaller display underneath measures 3.9-inches with a Full HD+ (1240 x 1080 pixels) resolution. It is powered by Qualcomm Snapdragon 765G processor with an octa-core CPU and Adreno 620 GPU. This is paired with 8GB RAM and 128GB storage with support for microSD cards up to 2TB. The phone runs on an Android 10-based interface with a special Swivel mode UI for the different use cases that make use of both screens.

The LG Wing has a triple camera setup on the back that consists of a primary 64MP camera with an f/1.8 aperture, a 13MP ultra-wide-angle camera with 117-degree field-of-view and another 12MP ultra-wide-angle gimbal camera with 120-degree field-of-view. On the front, there is a 32MP camera house in a pop-up mechanism and the rear cameras can record in 4K UHD at 60FPS with OIS support. The LG Wing comes equipped with a 4,000mAh battery with support for fast wired and wireless charging.