LG will make the W30 smartphone available in India on July 15.

The phone will go on sale in Aurora Green colour on July 15 during the Amazon Prime Day Sale.

The LG W30 is now confirmed to sport a triple rear camera setup.

The LG W30 Aurora Green colour variant will go on sale in India on July 15 during the Amazon Prime Day Sale, which is scheduled to start on July 15 and go on till July 16. Amazon has now put up a dedicated page for the launch of the Aurora Green colour variant of the LG W30 on its website, with a notify me button for those interested in buying the smartphone. Amazon says that the Prime exclusive device will be available during the Prime Day Sale on July 15.

Further, Amazon has also confirmed some specs of the upcoming LG W30, which is expected to launch alongside the W10 on June 26. The LG W30 is now confirmed to feature an AI-enabled triple-camera setup at the back. While the details of the triple camera setup on the LG W30 are unconfirmed, we now know that it will feature a wide angle lens. The camera setup will allow for Portrait shots, Bokehs, Night Mode photography and more.

An image of the device shows that the fingerprint sensor is located at the back, in the centre of the rear panel.

Further, an interesting feature on the LG W30 seems to be the ability to customise the shape of the notch. The description of the phone on Amazon reads, “Notches that you can customise on display for your everyday moods.” The image accompanying the text shows three types of notche setups on the front - a dewdrop notch, a U-shaped notch and one where the notch is hidden. A single camera rests within the notch on the front. 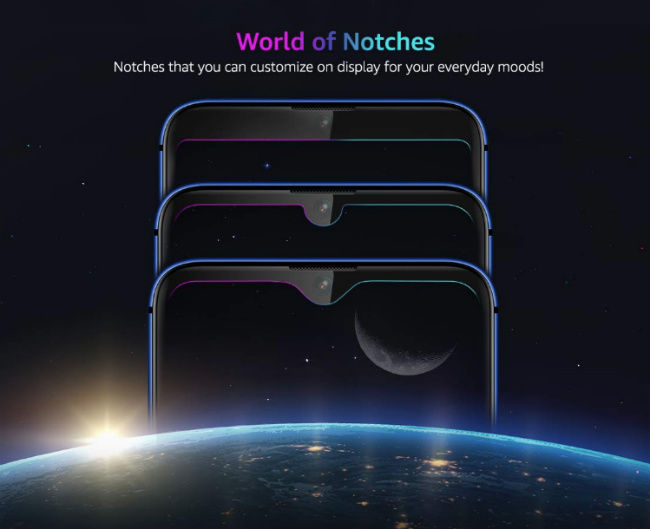 The banner ad for the LG W30 also highlights a “Pocket-worthy Price Tag,” promising a phone that will not make you break the bank.

Amazon users are encouraged to become Prime members in order to access the exclusive launch of the LG W30 Aurora Green colour. Other colour options include a Black and Blue colour variants.

LG is gearing up to announce the W series in India on June 26. The series will also include the LG W10 smartphone featuring a MediaTek Helio P22 SoC and a 4000mAh battery. A listing on Google Play console confirmed the specs of the smartphone, including 3GB RAM and a 720p display.