LG V20 with Android Nougat to be unveiled on September 6 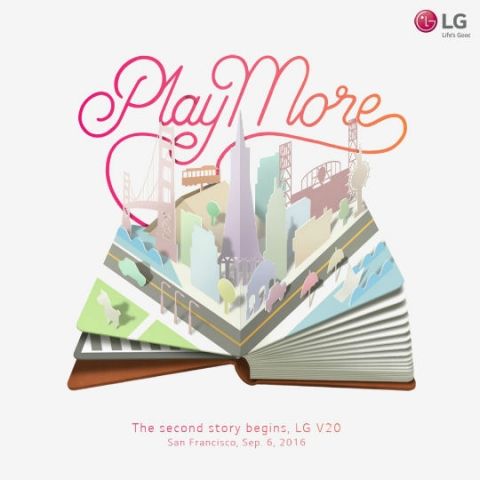 LG will be unveiling the V20 smartphone at an event scheduled to be held on September 6, in San Francisco. The announcement was made via an image shared on the company's social media channels. The image itself doesn't reveal much about the phone, only the launch date and the tagline - “Play More.” The only thing known for sure till now is that the phone will come with Android Nougat v7.0.

Considering the fact that the launch date is just a month away, it is possible for the LG V20 to become the first phone launched with Google's newest operating system. This would come as a big surprise considering that it's usually a Nexus smartphone that gets that honour. However, this does mean that Google should officially release Android Nougat v.7.0 either on or before September 6. This matches up to an earlier tweet by leakster Evan Blass, which stated that the company was planning to launch the new OS sometime in August.

Coming back to the LG V20, a leak from South Korean website, Sedaily, had suggested that the upcoming device may feature a 5.5-inch Full HD display. If true, this would mean that the display on the new phone would be inferior to its predecessor, the LG V10, which sported a 5.7-inch QHD display. However, as per the rest of the leak, the phone seems to be an improvement in every way. The device is tipped to be powered by a Qualcomm Snapdragon 820 SoC, and might be available in 3GB and 4GB RAM variants, along with 32GB and 64GB storage options. The device might also feature 20MP and 8MP cameras. The leak didn't mention if the V20 would come with a dual-screen or a dual-front camera setup, something that it's predecessor was known for.