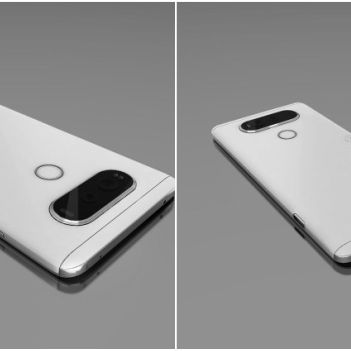 LG is scheduled to unveil the V20 on September 6 and and the company seems to be going all out in teasing some of the features of the device. This time, the company has promised that the phone will offer “best-in-class audio functions,” which are developed in partnership with B&O Play. Juno Cho, President of LG Electronics and Mobile Communications Company stated, “I’m pleased about our close partnership with B&O PLAY which started earlier this year with Hi-Fi Plus with B&O PLAY and continues today with the V20. A growing number of consumers expect a better audio experience from their smartphones than what has been available in the past and I’m confident that the V20 delivers on these expectations.”

This news comes just a few weeks after LG announced that the V20 will be the first smartphone to offer 32-bit Hi-Fi quad DAC. The company says that the feature will offer audio that is better than the ones produced by traditional DACs, and will be able to reduce ambient noise levels by up to 50 percent. So it seems like LG’s upcoming device will also offer better audio quality, besides being the first phone to offer Android Nougat v7.0 out of the box.

Specification of the LG V20 are not yet known, but previous reports have suggested that the phone might come with a dual-rear camera setup and a secondary screen. The device is also tipped to sport a QHD display measuring either 5.6 or 5.7-inches and might be powered by a Snapdragon 820 or 821 chipset with 4GB of RAM.