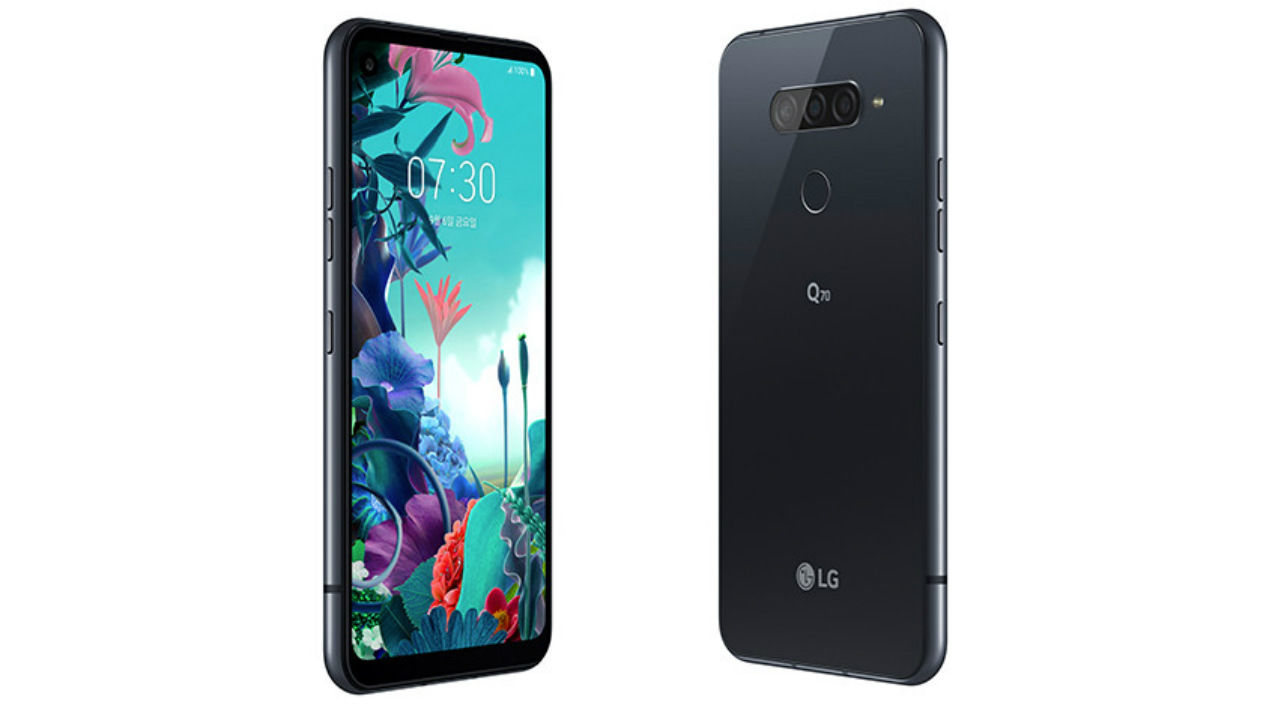 The handset runs on Snapdragon 675 and comes with 4GB RAM.

LG Q70 is the latest smartphone from the South Korean company, which adds to its existing Q-series lineup. The new handset is now official in Korea and on paper, it is a mid-range handset that is packed with features like MIL-STD 810G standard military-level durability, Hi-Fi Quad DAC audio system, triple-rear cameras and more. The LG Q70 runs on the Snapdragon 675 SoC and is announced as the successor of the LG Q60, which was unveiled at MWC this year. It is the company’s first handset to come with a punch-hole display design.

The LG Q70 features a metal frame, which is sandwiched between a glass back and the display. It comes equipped with a 6.4-inch Full HD+ display that has a 2310 x 1080p resolution with an 18.5:9 display aspect ratio. As mentioned earlier, it runs on the Qualcomm Snapdragon 675 SoC that is paired with 4GB RAM and 64GB of internal storage. The handset’s internal storage can be further expanded up to 2TB via a microSD card. The dual-SIM smartphone runs on Android 9 Pie and comes equipped with a rear-mounted fingerprint sensor.

Coming to the optics, the handset is equipped with a triple rear camera setup that is placed horizontally. It has a 32MP main sensor, a 13MP ultra-wide lens and a 5MP depth-sensing camera that enables capturing portrait images. The smartphone sports a punch-hole display design, which houses a 16MP sensor. It is backed by a 4000mAh battery that supports Qualcomm Quick Charge 3.0 fast charging. There’s a dedicated Google Assistant button on the LG Q70 and it is MIL-STD-810G certified to withstand high and low temperatures, impact, vibration, thermal shock, and humidity.