LG Q6 is the first smartphone following G6 to get Full Vision Display with 18:9 aspect ratio. The smartphones will be available starting next month in select Asian markets. 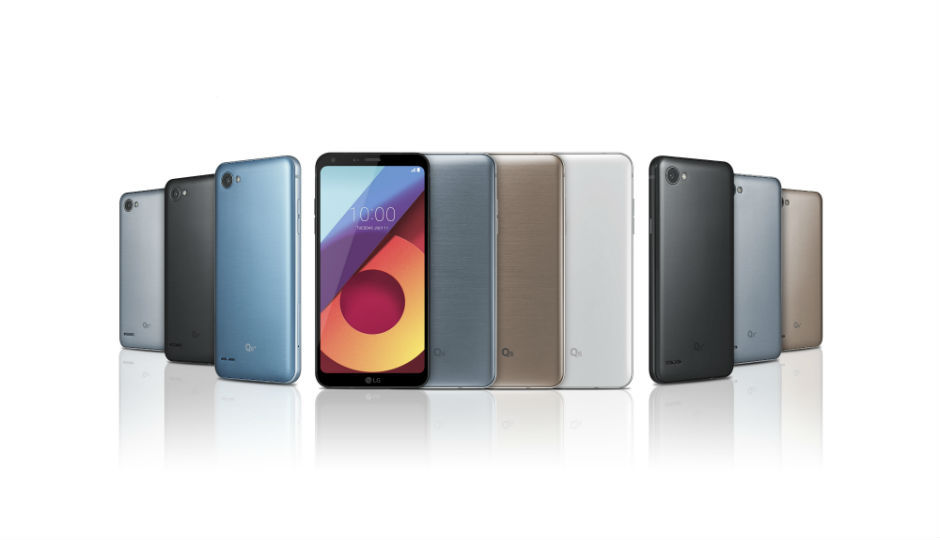 LG is bringing its 'Full Vision' display to the lower-end smartphone spectrum with the launch of new Q6 series. As expected, the South Korean electronics giant has announced the launch of the Q6 series including Q6+, Q6 and Q6α. The newly introduced smartphones bring the premium bezel-less design first seen on the company's G6 flagship smartphone to a competitive price segment.

All the three smartphones feature a 5.5-inch Full Vision display with a Full HD+ resolution of 2160 x 1080 pixels translating to a tall aspect ratio of 18:9. The Q6+, Q6 and Q6α are powered by Qualcomm's Snapdragon 435 chipset coupled with 3000mAh battery. The three models differ from each other in terms of RAM and onboard storage.

LG Q6+ is the premium model here with 4GB RAM and 64GB storage while the Q6 comes with 3GB RAM and 32GB storage. On the other hand, the Q6α offers only 2GB RAM and 16GB storage. As rumoured, all the three models get a 13MP primary camera and a 5MP secondary camera capable of 100-degree wide-angle selfies.

"The LG Q6 is a blend of premium features, great performance and attractive pricing, a combination that is extremely important to us as we look at the way consumers are using smartphones around the world. The Q series is our way of getting the superb experiences with the essence of the LG's premium lineups to more consumers' hands and pockets," said Juno Cho, president of LG Electronics Mobile Communications Company.

LG says the new Q6 series will first go on sale in select markets in Asia starting next month. It will be made available in Europe, Latin America and North America following its Asia availability. The pricing for all the three models will be revealed when the devices go on sale.