LG has officially unveiled the G Flex smartphone. The smartphone will be available starting next month 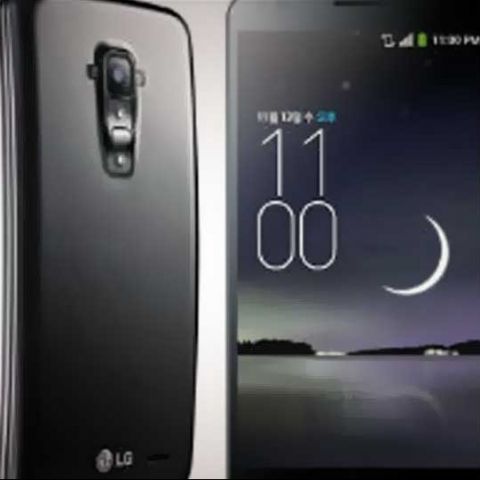 LG has officially unveiled the G Flex smartphone. The biggest feature of the device is the curved glass display. The smartphone will be available starting next month in South Korea. There is no information on an international release date or price.

Coming to the specifications of the smartphone, the OLED screen is curved and 6-inches in size. It has a 720p resolution and its thickness measures between 7.9 and 8.7mm. The smartphone weighs 177 grams. Under the hood, a 2.26GHz quad-core Snapdragon 800 processor along with 2GB of RAM powers the device. The rear of the smartphone houses a 13MP camera. A 3500mAh battery powers the entire package. The device also has 32GB built-in storage expandable via a microSD card.

LG claims that the UI will compliment the ergonomic design of the smartphone. It will also have a more natural feeling while making calls.

LG says that the G Flex has a “self-healing” ability, comparing the feature to Wolverines ability to heal himself. The smartphone has a protective film on the back, which is designed to get rid of scratches. This is a feature we will believe when we get our hands on the device.

What remains to be seen is the slew of applications that will take advantage of the curved display. The LG G Flex will take on the Samsung Galaxy Round in the international market.