The smartphone has been launched in partnership with T-Mobile in the US and costs $225 (Rs 15,000 approx). 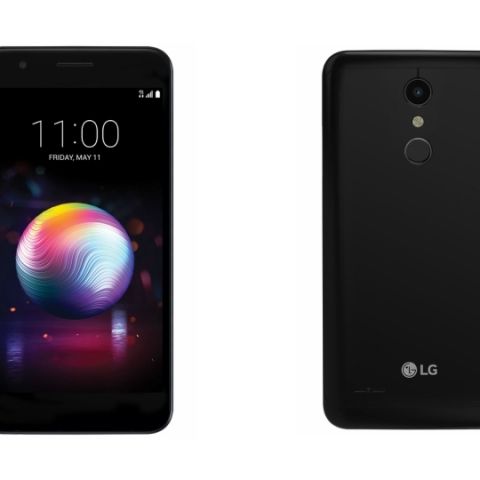 LG has launched a new smartphone in the US called the K30, which closely resembles the company’s previous LG X4+ handset. The LG K30 will be available via T-Mobile in the country for $225 (Rs 15,000 approx) if purchased contract-free or $9 (Rs 600 approx) per month on a two-year contract. When most of the smartphone manufacturers are aiming for a taller display with an 18:9, 18.5:9 or a 19:9 aspect ratio, the LG K30 stands out due the 16:9 display aspect ratio.The mid-range smartphone features a 5.3-inch HD IPS display with a 1280 x 720p display and runs on LG UX 6.0+, based on Android 7.1 Nougat operating system.

The smartphone is powered by the Qualcomm Snapdragon 425 processor with 2GB RAM and 32GB of internal storage. The onboard storage is expandable by up to 2TB via a microSD card. In terms of optics, the smartphone features a 13MP rear camera with PDAF support and an LED flash. On the front, it is equipped with a 5MP sensor. The device is backed by a 2880mAh battery, which comes with fast charging supporting and it LTE enabled as well.

LG recently unveiled its G7 ThinQ and G7+ ThinQ smartphones and the company emphasised on the use of AI in tasks like image processing, scene detection and more. Except for additional RAM and internal storage, there’s no difference between the two smartphones. The LG G7+ ThinQ comes with 6GB RAM and 128GB of onboard storage, whereas the LG G7 is equipped with 4GB RAM and 64GB of internal storage. The device features a 6.1-inch QHD+ 19.5:9 FullVision screen and comes with a Super Bright Display, which is said to have a maximum brightness of up to 1000 nits. It runs on Android 8.0 Oreo and is powered by a 3000mAh battery.

In terms of optics, the handset features a 16MP dual rear camera setup, where one is a standard lens with f/1.6 aperture and another is a 16MP Super Wide Angle sensor with f/1.9 aperture. It is equipped with an 8MP wide-angle camera on the front, which has a f/1.9 aperture and 80-degree field of view. Things get interesting in the audio department as the company claims that the device can deliver up to 10 times louder audio as compared to standard smartphones, owing to a resonance chamber, which is housed inside the phone. It is also equipped with a Hi-Fi Quad DAC and also supports DTS:X, which is said to deliver virtual 3D sound of up to 7.1 channel surround sound with headphones. It supports the Qualcomm Quick Charge 3.0 feature, face recognition and HDR10 display technology as well. You can read more about the LG G7 ThinQ smartphone here.