The LG K3 are budget devices and feature FWVGA displays. Both are powered by Snapdragon 210 platforms with 1GB of RAM. 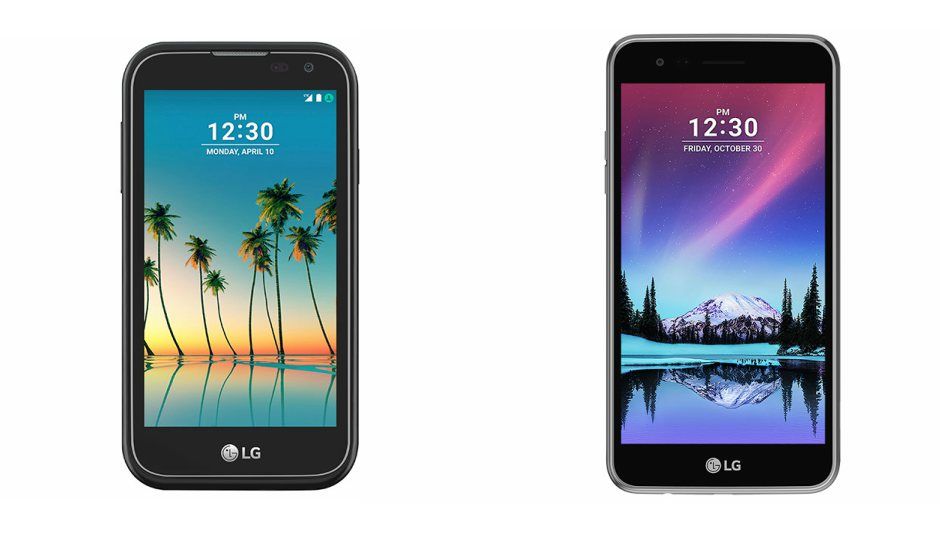 LG may be planning to launch two new budget devices today at the inaugural Indian Mobile Congress (IMC). The company is tipped to unveil two budget devices under its K-series of devices, tipped the K3 (2017) and the K4 (2017). While prices of the two phones is not yet known, the company has already launched the LG K10 and LG K8 in India last month at Rs 13,990 and Rs 11,000 respectively. So the two new devices should be priced less than that, with the LG K3 taking the role as the cheapest device in the company’s portfolio.

The LG K3 has already been unveiled and features a 4.5-inch FWVGA display with a resolution of 854 x 480 pixels. It is powered by Qualcomm’s Snapdragon 210 platform with 1GB of RAM. It offers 8GB of inbuilt storage, which can be expanded by up to 32GB. At the back is a 5MP camera, while at the front is a 2MP unit. The is equipped with a 2100mAh battery.

The LG K4 has also been unveiled by the company and shares a lot of its specifications with the K3. This includes the chipset, RAM and internal storage. The difference being that the K4 features a larger 5-inch FWVGA display and a slightly larger 2500mAh. Further, the K4 uses 5MP cameras on the front and back of the device.

Those hoping for LG to launch its new V30 flagship device in India may be disappointed. The media invite shared by the company features the letter ‘K’ quite predominantly,and suggests that the company will most likely focus on the K-series during this event. However, since the company has already introduced the V-series in India with the V20 last year, its stands to reason that the company will follow suit with the V30. Further, the LG V30 should also help the company take on the flagships launched by the likes of Samsung and Apple.