Press renders of the upcoming LG G7 has been leaked by Evan Blass showing the display notch, Google Assistant button and more. 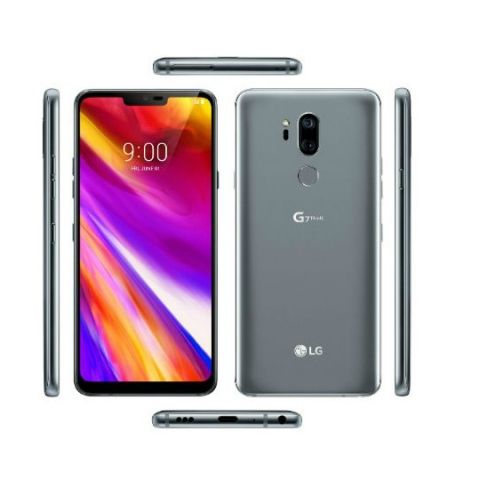 The much-delayed LG G7 ThinQ is scheduled to be announced at May 2 at a launch event in New York and later on May 3 in Seoul. But thanks to renowned leakster Evan Blass, we have a good look at how the device is designed.

The image renders reveal that the LG G7 ThinQ will indeed come with a display notch as well as a bottom chin. Thankfully, the 3.5mm headphone jack has been retained. The images also indicate the LG G7 ThinQ will have rounded corners and a vertically aligned dual camera at the back with the fingerprint sensor placed centrally right below it. On the front, the notch houses the earpiece and the front camera.

The power button and the volume rockers are on the right, while the left also has a button, presumably dedicated to launch Google Assistant. The bottom houses the 3.5mm headphone jack, the speaker grille and the USB Type-C port. The SIM tray is on the top.

The notch has become the latest controversy in the smartphone world. Ever since Apple introduced the design philosophy in the iPhone X, Android OEMs have left no stone unturned in copying it. Asus did it in the Zenfone 5z while Huawei introduced the same in the P20 series. LG went as far as to ask Reddit users what they think about the notch, with over 500 people giving their opinion. Quite expectedly, while some understood the need for a notch, a lot many were quite outraged. LG later deleted the thread on Reddit.

Earlier, it was reported the LG G7 ThinQ will have an M+ LCD display  along with twin 16-megapixel cameras at the back. So far, LG has offered an ultra wide-angle lens along with the regular lens. It remains to be seen what LG does with the camera this time. The phone will be powered by the Qualcomm Snapdragon 845 chipset and as the ThinQ branding suggests, the LG G7 will double down heavily on AI.

The smartphone was expected to be unveiled at MWC earlier this year, but as per news reports, LG cancelled the launch and went back to the drawing board to redesign and improve the phone.