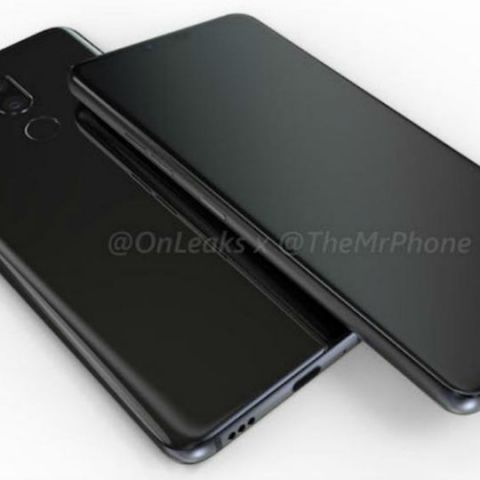 Renders of the LG G7 are making the rounds online. However, these aren’t official renders. They have been made by The Mr Phone and tipster On Leaks to show what the upcoming LG G7 may look like. The renders show that the smartphone has a notch on top to house the earpiece and the front facing camera. According to the renders, it looks like the LG G7 will retain the 3.5mm headphone jack. LG recently took to Reddit to ask people what they thought of the notch and then deleted the post. LG’s Reddit post which is no longer available, read, “We’ve seen a LOT of comments around “The Notch” over the past few weeks, from people who love the quick access to the menu to those that hate the wasted screen space. We would love to gather some more feedback to share with our R&D team – and this is where you come in. So… what do you think? Love the Notch? Or is it Notch your thing?” If information circulating the net about the Reddit post is to be believed, then people really hate the notch. The post had 376 upvotes and 907 comments.

The new leaked renders of the G7 show the phone with a notch and the tried and tested design of having a glass front and back. We have seen a number of phones launch that are mimicking the iPhone X with the notch and we personally aren’t a fan on the notch. Although, It is nice to see that the G7 still retains a headphones jack. Little information is available about the G7 which was earlier expected . to launch at this year's Mobile World Congress. However, information circulating the internet suggested that the company was working on refining the phone and a redesign of the device was ordered by LG, which is why the phone was not showcased at MWC 2018.

If you are looking to pick up a premium flagship smartphone, the only 2018 devices that have launched with latest specs are the Samsung Galaxy S9 and S9 Plus. In our review of the Galaxy S9 Plus we said, “The Samsung Galaxy S9+ is the best Android smartphone available right. It's looks stunning especially because of the astoundingly bright display and a design that blends the display to the rest of the body. But more than that, this time, Samsung has taken a new approach to improving the low-light performance of the camera. The rear camera can switch between two apertures. The camera, if one knows how to take good photos, can produce some high-quality shots under poor lighting, especially in a restaurant on indoors, but there are limitations. Samsung's aggressive noise reduction alogrithms keeps the image from being perfect, but it's a commendable effort nonetheless. You can't go wrong with the S9+. It has everything you want from a top-of-the-line flagship phone — Latest high-level hardware, excellent design, high security, and an excellent camera. Having said that, it isn't much different from its predecessor, the Galaxy S8+, which is now cheaper and hence, a more value-for-money proposition. The Galaxy S9+ is evidence that this is an iterative year for Samsung and if you have been holding out on buying a good Android flagship, this is the one to get right now.”