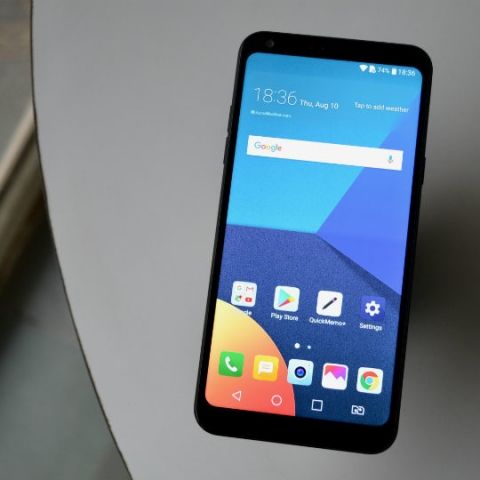 LG’s flagship smartphone, the G6 was seen on Geekbench running Android 8.0 Oreo. The listing was first spotted by mysmartprice which says that LG could be testing the latest Android OS for the mobile phone. The report suggests that the company may roll out the Oreo update for the G6 in South Korea first. Other regions may have to wait for the update till 2018.

LG’s other recent flagship smartphones such as the LG V20 and V30 are also expected to receive the Oreo update in the near future. The Geekbench listing shows that while running on Android Oreo, the G6 scored 1858 points in the single-core test and 4137 in the multi-core test. The smartphone currently runs on Android 7.1 Nougat and scored similar scores in our review.

The G6 comes with a dual-rear camera setup consisting of two 13MP sensors with a 125 degree wide-angle lens. It features a 5MP front facing camera for selfies. The device offers 64GB of internal storage and packs a 3300mAh battery with support for Quick Charge 3.0. The smartphone is also dust and water resistant with IP68 certification and it received a price cut recently and is now priced at Rs 38,990 instead of its initial launch price of Rs 51,990.

LG also launched its mid-ranged LG Q6 smartphone with a FullVision display in August. The smartphone is priced at Rs 14,999 and is the second device after the LG G6 to sport a taller 18:9 aspect ratio. The Q6 sports a 5.5-inch Full Vision display with a Full HD+ resolution of 2160 x 1080 pixels. It is powered by the Qualcomm Snapdragon 435 platform and comes with 3GB of RAM. It sports 32GB of internal storage which can be expanded up to 256GB via a microSD card.

The Q6 sports a 13MP rear camera with autofocus and LED flash and comes with a 5MP front facing camera with 100-degree wide-angle selfies. It is backed by a 3000mAh battery.