LG is reportedly working on a 5.4-inch variant of G6 and will debut it as the LG Q6. The handset is said to sport the same bezel-less design with an 18:9 aspect ratio display 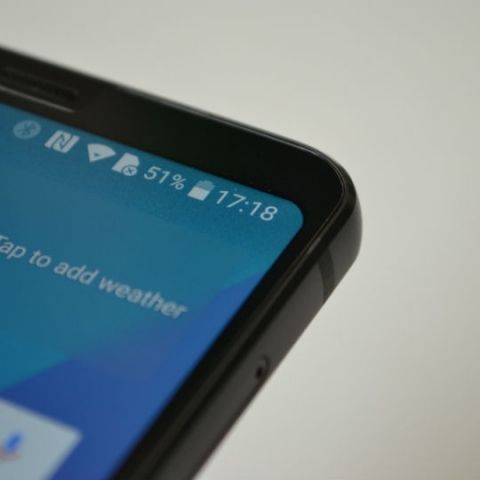 LG has been rumoured to be working on a smaller variant of the G6 dubbed the LG G6 mini. The smartphone was rumoured to sport a smaller 5.4-inch display, but retain the same design language as the company's flagship smartphone. Now Evan Blass says that this handset will hit retail stores in the name of LG Q6 and not G6 mini.

Blass notes that the LG Q6 carries the model number M700 and has recently received FCC certification. The smartphone is tipped to sport a 5.4-inch display with same 18:9 aspect ratio like the one on found on G6's 5.7-inch panel. The LG G6 features a screen-to-body ratio of 78.6 percent and almost 80 percent of Q6's front is expected to be dominated by the screen.

The difference between the Q6 and G6 is said to be in the camera department and overall specifications. The Q6 is said to launch with a single 13MP rear camera setup, as opposed to the dual-rear camera setup on the company's premium G6 model. The smaller Q6 will also offer only 3GB RAM, while the G6 comes with 4GB RAM onboard. It is not clear whether Q6 will use the Snapdragon 821 platform, but it might instead launch with Qualcomm's mid-range Snapdragon processor.

With G6, LG decided to go back to the tried and tested smartphone design, and ditched the modular approach adopted with the G5. The handset has recently received a price cut in India and the Q6 could arrive at an even lower price segment.