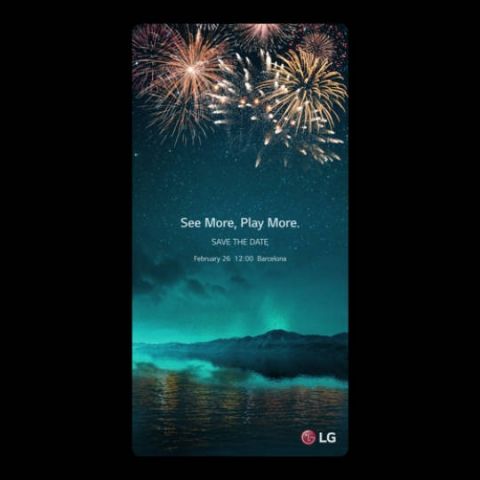 LG will announce its 2017 flagship smartphone, G6 at Mobile World Congress on February 26. The company is sending invites for its pre-MWC event with the tagline "See More, Play More".

LG's invite itself is an outline of a smartphone with a large display and smaller bezels. Nokia, Huawei and Motorola are also hosting pre-MWC events on February 26. LG failed to capitalise on flagship smartphone market with its G5 modular smartphone. With G6, the company has decided to ditch the modular design and opt for metal and glass construction.

LG G6 is expected to feature a new 5.7-inch QHD+ LCD display from LG Display. The display will feature 2880 x 1440 pixel resolution with 18:9 aspect ratio. LG Display claims the bezels have been trimmed for a more compact form factor. The device will be powered by Qualcomm's latest octa-core Snapdragon 835 processor.

LG G6 is also expected to be waterproof and retain the 3.5mm audio jack. With Samsung Galaxy S8 launch delayed till April, LG will get a headstart with the G6 in the Android flagship space.