LG G5 to be launched in India on June 1 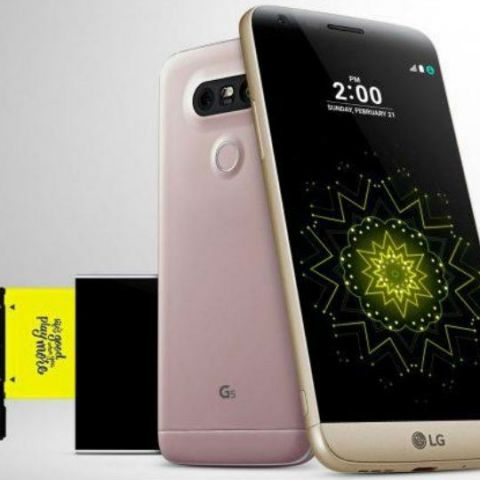 The flagship LG G5 smartphone is headed to India. LG has sent out invites to the media, confirming the launch of the device on June 1. The LG G5 is the first modular smartphone to hit the market, and is expected to be priced at around Rs. 50,000. Of course, concrete details on the pricing will be available on June 1.

The LG G5 runs on Qualcomm’s Snapdragon 820 SoC, along with 4GB of RAM. It has a 5.2 inch QHD display and dual 16+8MP cameras on the back. The device also comes with an 8MP sensor on the front. Further, the LG G5 has a 2800 mAh battery, which is removable due to the modular nature of the device. There’s 32GB of storage, with a dedicated micro-SD slot that can fit another 200GB.

LG is also expected to announce several modules for the G5. The company calls these “G5 and friends”. At MWC 2016, LG had showcased a camera module, an audio dac and an extra battery pack. All of these are expected in India as well.

Meanwhile, Taiwanese HTC is expected to launch its flagship phones in India, today. The HTC 10 and HTC 10 Lifestyle are both expected to be launched.